5 Indigenous Acts You Need To Hear 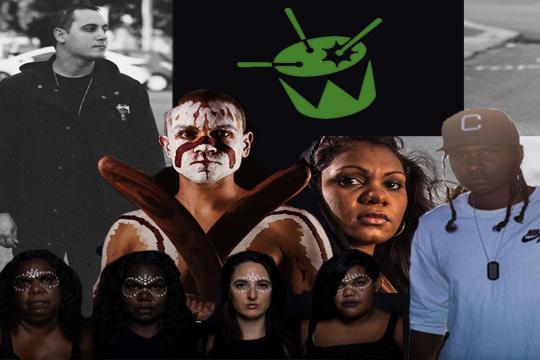 triple j Unearthed is a goldmine when it comes to new Indigenous Australian music.

In the past, we've seen the likes of Kuren, Thelma Plum, Robbie Miller and Philly come through Unearthed to make significant contribtuions to the dense tapestry of Australian music, and this week, you'll be meeting our 2017 National Indigenous Music Awards winner, who'll be jumping on stage to play a set at the awards night in Darwin.

To celebrate NAIDOC week, we've pulled together a sweet playlist of some of the most exciting Aboriginal and Torres Strait Islander acts we've come across in the past year! You're about to meet 5 amazing Indigenous Artists You Need to Hear:

A 2017 Feature Artist who raps in English and his own dialect, we've become captivated by Baker Boy's debut offering, 'Cloud9.' In Arnhem Land they call Baker Boy the ‘fresh new prince’, and it's easy to see why.

Kardajala Kirridarra are from the communities of Marlinja and Kulumindini (Elliott) in the Northern Territory, and work with with Melbourne based producer Beatrice Lewis to make their beautiful, sweeping songs.

We've only known Mitch Tambo for a few months, but his songs are authentic, didge-laced, and pretty undeniable. It's traditional music made for 2017 - culturally rich, and extremely danceable.

Just ... just listen to her voice. Thanks for coming.

Zeke's got the entire onomatapoeia alphabet covered: he thwomps, kranks, flinks, pings and crunches in equal measure. Get a taste for some future bass.