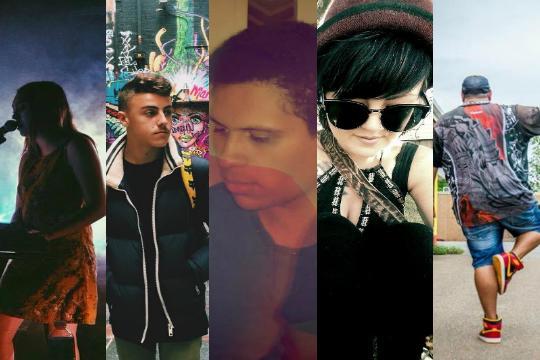 triple j Unearthed are again on the lookout for the best new Indigenous talent in the country to play the National Indigenous Music Awards (NIMAs) in Darwin.

To celebrate the launch of National Reconciliation Week and this year's NIMAs comp we've put together a little playlist of some of the most exciting Aboriginal & Torres Strait Islander talent we've come across in the past 12 months.

Hear the full special, and then check below for more info on all the artists:

Zane Francis
Zane’s from NSW’s North Coast, and he came to our attention at the start of 2015. He’s a man of warmth and honesty: on debut cut ‘Acclimate’, breathy vocals and minimalist piano gives way to a captivating swell of harmonies, glitch production, and self-examining meditation. It’s moving. There’s more to come from him this year, so now’s the time to get on board.

Uploading to Unearthed since 2014, Adelaide artist Denni has shown a great deal of growth as a songwriter and a vocalist in the past twelve months. Her vocal control is outstanding – on her latest cut, Breathe, she sounds beautifully wilted, floating on an ocean of deep bass and vibraphone. We’ve played three of her songs on Unearthed radio, and you can get them all for free on her profile.

Kuren
We <3 Kuren. He’s a producer from Brisbane with a keen sense for sniffing out ~bangers~. He’s uploaded three songs to Unearthed in the past year or so, and we’ve played ‘em all on the radio. His latest is ‘Achilles’, which pairs trap sounds and a sampled ‘hey!’ with flutters of synthetic panpipes and MIDI keyboards. Hear it:

Lucky Luke grew up in Cloncurry, North West QLD, and now calls Mt. Isa home. His rap songs speak for themselves – he’s proud of his culture, proud of his mob, and hugely socially conscious. He told us about debut cut ‘1 Day’ when triple j Unearthed went Far Out back in April – get that here. The song’s below:

We’ve heard three songs from Alice Skye since she started uploading to Unearthed in December. The good news? They’re all killer, and they’re all free to download. We’re also pretty sure ‘1966’ is the sweetest song about a calculator you’ll ever hear.