5 new Indigenous artists that you need to hear 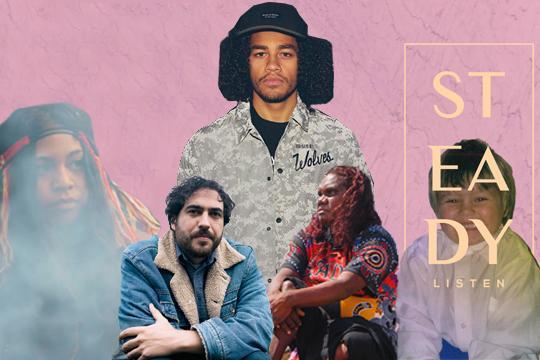 In the past, we've had the pleasure of being able to unearth some pretty big names in Indigenous music, like Thelma Plum, Robbie Miller, Zane Francis, Denni 420 and Philly, and we're also excited to reveal the winner of our 2016 National Indigenous Music Awards competition this week.

In celebration of NAIDOC week, and this year's NIMAs comp, we've put together a playlist of some of the most exciting Aboriginal & Torres Strait Islander talent we've come across in the past 12 months. Check 'em out below:

Emily Wurramara has captured our attention with moving, acoustic folk music. Her voice is faultless, her passion forthright, and her culture imbued in everything she does.

"I come from Groote Eyelandt in the Northern Territory," she explained to us recently. "It's my identity and my representation. I write about feeling grounded and belonging to your country and to your earth."

Ziggy's rap songs are inherently political, and smart as a button-up. You could look at artists like Mos Def and Common as a point of reference. He writes about Indigenous culture and race relations in modern Australia, stitched up over clean, jazz-infused beats, tracing and enveloping lived songlines that extend from Arnehm Land, to regional NSW, to his current home in Perth.

"My whole life I've been extremely passionate about Indigenous rights," he explained to us. "Unfortunately in 2016 in Australia, we still don't have equality. This drives me, and this drives me to create change."

If Dhapanbal Yunupingu's surname sounds familiar, it's for good reason: she's one of six daughters of Dr. Yunupingu, frontman of legendary Australian act Yothu Yindi.  But she's more than her surname: her music takes her dreaming narrative and weaves it through a framework of acoustic guitars, percussion, and rich harmonies. "My new song 'Gurtha' represents The Fire - my identity, my homeland, my people and my heart," she told us. Hear her moving and important voice below:

Rock and Roll is at the heart of everything Luke Daniel Peacock does. His suburban, Springsteen-influenced songs explore the everyday in a fist-pumping way, pairing battle-tested vocals with clasically Australian grit and mettle.  It's poignant, pointed music that never lacks for hooks.

Your man Steady is an electro-robot-flutter-whiz, making saucy, salacious beats in his bedroom in Perth. Expect all the traditional toppings - ham, pineapple, mozzarella, trap drums - and some synthy surprises too.

And head here to check out more great Indigenous Australian music on triplejunearthed.com!