The 50 Most Played Artists on Unearthed in 2015 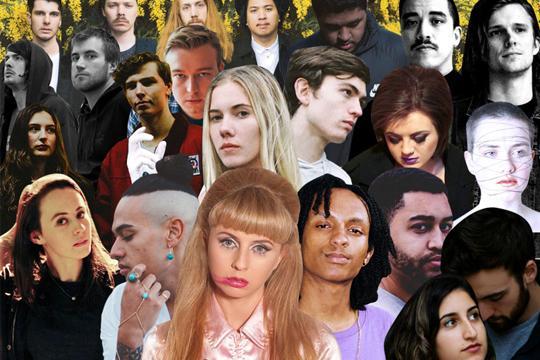 With the arrival of December comes the onslaught of year-end lists and the wrap up of radio programming for 2015. It’s made the triple j Unearthed team all misty eyed about the year that was and all the incredible discoveries that have been heard throughout it; from meeting the next generation of music makers in Unearthed High to uncovering an EDM prodigy in Black Summer and celebrating Tired Lion as the J Award winner for Unearthed Artist of the Year.

In that time we’ve also played an enormous amount of music (all found right here on triplejunearthed.com) on the Unearthed digital radio station, mirroring the sea of diverse sounds that independent Australian artists upload to the site every day. That includes raucous, schooner-raising punk from Adelaide, classy electronica from a 20 year old Brisbane producer that transcends its bedroom origins and futuristic yet organic stuff from Melbourne’s most sprawling hip hop collective.

As has become tradition we’ve crunched the numbers to find the 50 most played artists on Unearthed radio in 2015 topped by *SPOILER ALERT* the beguiling voice of Gordi, capping off a break out year for the Sydney via Canowindra singer-songwriter.

It’s been a bumper year for solo artists in the list with 23 of the 50 going it alone while 10 duos made the cut. Of the top 50 most played artists half (25) the acts feature a female frontperson. While Victoria dominates the list with 17 artists calling the garden state home, it’s a reflection of the coverage of artists using triple j Unearthed that nearly all states and territories are represented in the 50. These artists have owned 2015 and the coming year only looks brighter for them. We can’t wait to see what they do next.