The Art of Songwriting 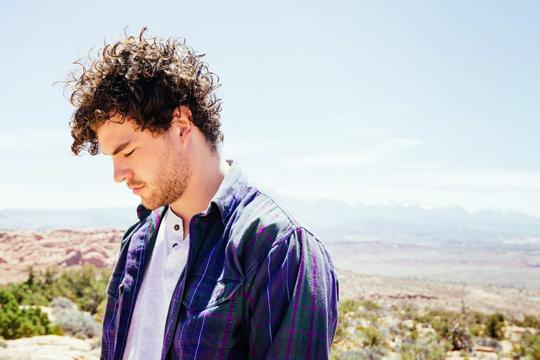 It goes without saying that if you want to play or record music, you're probably going to need some songs. After covering all your favourite artists’ songs, no doubt you’re ready to write your own - but where to start? triple j Unearthed caught up with artists like The Grates, Children Collide, and Gotye to try to pin down the mysterious craft of songwriting.

How do I start writing a song?

The good news (and the bad news) is there’s no right or wrong place to start a song. It all comes down to the initial idea, and that could be a melody, riff, groove, title, chorus, lyric or even one word.

Singer Sally Seltmann suggests going with “whatever comes naturally”. For her, “sometimes it’s the beat, sometimes it’s a comment that I overhear on the street that becomes a lyric, or other times I write the full melody of a song in my head.”

Likewise, Pnau’s Peter Mayes says there’s “no rules” for songwriting, although he reveals he usually tries to nail the song’s melody and chord structure first. Josh Pyke follows a similar process and lets the lyrics come later. “I'll be singing gibberish for ages, before I decipher something meaningful from the garble,” he says. “Once I have one or two phrases, it all starts to take on some kind of meaning, and then I start refining.”

For hip hop trio Hilltop Hoods, getting a good beat is the first step to a good song. “Then ideas spring from that,” says MC Suffa. “We’re MCs first and foremost so usually the lyrics come next then everything else follows.”

Regardless of genre, a great tip for wannabe successful musos is to learn the songs of those who already are and deconstruct them. “Then you've got this tool-belt of knowledge to use when you're being creative,” says Art vs Science’s Dan Mac. “So if you’re wondering 'What do we do after this chorus? Ah, well the Beatles did this or Kylie Minogue did this'. Sounds a bit uninspired but it's actually incredibly helpful.”

Are there techniques for songwriting?

Do what works, baby! Some artists sit themselves down and force themselves to write; others prefer to let inspiration take them by surprise, which often can mean waking up in the middle of the night and singing hastily into your phone. “I find that forcing yourself to write’s like trying to force yourself to eat when you’re not hungry,” says Suffa.

Of course, it depends on the artist. Children Collide frontman Johnny Mackay admits “I’ve woken up with songs fully formed in my head, while others have come about from listening to a dictaphone recording of a jam from three years ago.”

When the ideas do come, make sure you get them down – sing the melody or chorus into your phone or recorder, write down lyrics/phrases in a notebook etc. etc. Remember nothing’s wasted – a lyric you write today might suit a song you write months or years from now.

Says Patience Hodgson from The Grates: “I sing into my phone and pretend I’m on a call or I’ll write lyrics or interesting words into a journal and peruse it when I sit down to write. Then when we decide to write, we turn off our phones, ignore the internet and go for it.”

And if the songs aren’t coming, there’s plenty of ways to break through that writer’s block. First, just jam. “We just plug everything in and see what comes out,” says Art Vs Science’s Dan Mac. “The great thing about playing with keyboards is you have a near limitless sonic palette of weird sounds to play with.”

Singer-songwriter Gotye (aka Wally De Backer) says songs often spring from a new sound he’s discovered – like a fresh sample, synth or even a new instrument. If you’re still stuck, Hodgson suggests mixing things up. If you’re stuck playing guitar, jump on the drums and get a new perspective.

If we knew the answer, we’d be writing them instead of this guide! For Seltmann, that elusive equation is the sum of many parts – “originality, groove, melody, the lyrics, the vocal performance” – but ultimately the result’s the same: a great song makes you feel something and connects with people.

Says Gotye: “if you can write a song that expresses something unique and genuine to you as a person, has a memorable melody and feels unlike music other people have made, you’re doing pretty bloody well.”

Dan Mac reckons honesty is always the best policy: “You need to believe what the people are saying. Guns'n'Roses? Yeah I believe them. I believe Axl when he's saying how bad arse he is. But I don't believe Bon Jovi when he does it. That's the difference between cool and cheese,” he said.

Jebediah’s Kevin Mitchell adds: “the only way you can judge a good song is based on how they make you feel as the creator… I suppose all you can do is please yourself and try and move other people in some kind of way.”

Meanwhile,  Johnny Mackay has a different outlook: “Usually my favourite song is the one I am writing at the time.”