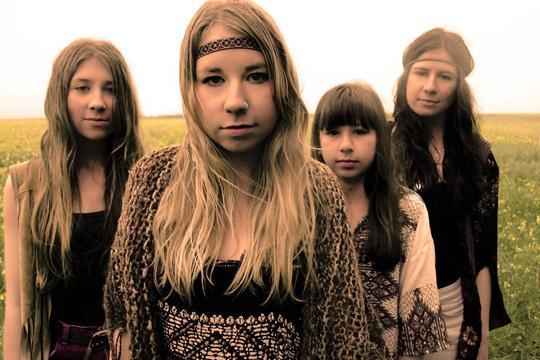 (Stonefield changed their named from Iotah because of legal reasons)

Listen to The Doctor and Richard Kingsmill discuss band names.

After three years of Unearthing high school bands we’ve discovered a curse! Every winning band has so far has changed their name.

Our 2008 winners Tom Ugly’s original name was [is] which looks pretty cool written on a band poster but try searching for it on the web! Parentheses mean to only search for the word between them and when that word is, erm is, you've made finding your band name impossible.

2009 winners Hunting Grounds also changed their name from Howl due to many related band names already out there. 2009 was the year of the wolf related meme and there were so many bands referencing wolves that a generic terms like Howl also got lost in www (by 2010 we’d moved on to bears, 2011 to owls...).

2010 winners Stonefield’s original name of Iotah suffered from a lack of local knowledge – it’s the actual name of a quite prominent Australian pop singer (who received a lot of airplay on triple j around a decade ago) who still records and performs today.

We’re hoping this year by providing a few DOs and DONTs we may break the curse once and for all.

DO your research! Thoroughly search the internet to see what results you get and even check that your name has not already been trademarked – which could definitely lead to legal trouble down the track.

DO choose a name that represents the band and the music you make. If you make sweet indie pop then choose a softer name rather than a scary one.

DO make sure your name is easy to pronounce and spell so that people are able to find you after hearing you on the radio.

DON’T rely on special characters – a nightmare to search for on the internet, they may also prevent your page/profile being displayed at all!

DON’T try to be too funny – imagine hearing the same joke a million times.

DON’T try to be too trendy – some references that seem perfectly natural now will date very quickly.

And as all our winners have proven, if your band name isn’t working then DON’T be afraid to change it!