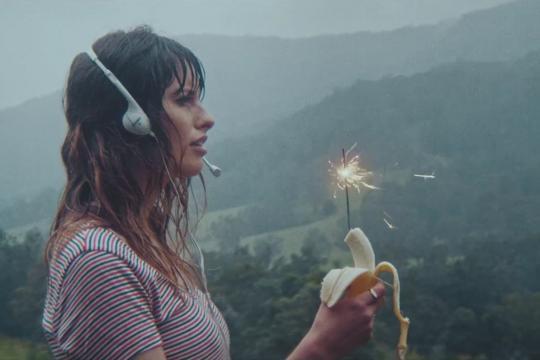 Banana sparklers, tennis court romance, jetty rap, office worker immolation and car park kisses. Those are just some of the scenes in the best new video clips from artists on triple j Unearthed.

Melbourne emcee Eloji pours his heart out (and a little liquor out) in the video for ‘Name & Number’. It’s one of the moodier tracks from his ‘The Ugly Side’ EP, but (spoiler alert!) that doesn’t stop him riding off into the sunset with a big ol’ smile on his face.

TEES are a Sydney duo that make 90s-tinged dance music. The tension-filled video for ‘Spending Your Heart’ sees a young couple’s relationship play out on a local tennis court, where I guess you could say the score is...love all (sorry!).

A mesmerizing song deserves a mesmerizing video. That’s what Melbourne 4-piece SMILE have achieved with ‘Holiday’. A simple, relatable narrative, in which our protagonist’s facial expression will have you thinking ‘omg same!’.

It looks like Sydney rockers Twin Fires would’ve had a lot of fun filming the video for ‘Two Hands’. That’s assuming they enjoy driving through the bush, playing with flares, lighting campfires and drinking beers?