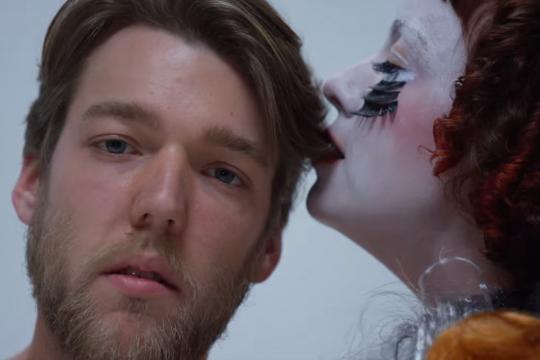 Every month we watch hundreds of video clips from Unearthed artists. These are some of the best we saw in January.

Dom Alessio said that this song “twinkles like a star in the night sky”. In the video it’s Brisbane that twinkles in the night sky, as songwriter Georgia Mae takes you on a moonlit wander through her city.

Safe Sex are a Perth-based duo that advocate liberal and safe sexual experiences through their music and art practices. Their video for ‘Cut You’ provides a hypnotic glimpse into the hairy world of tricophilia.

Adelaide duo Nvsty Milita deliver smooth rhymes over a bed of deep bass and rolling snares. Their video stands out for it’s simple production and the straight-down-the-barrel performance of it’s stars.

Small Man Syndrome is a Melbourne producer and emcee. His video for ‘Not All Men’ features cast of, well, all men. They look like they’re having a pretty good time, don’t they? Just wait until the end...