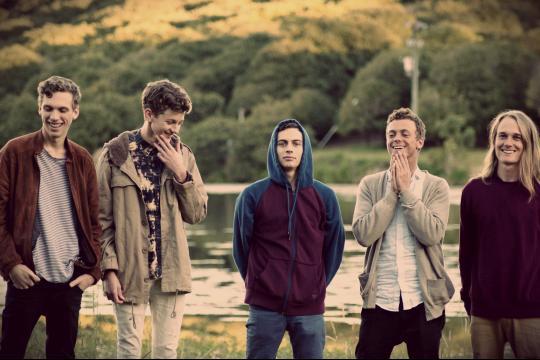 Rosie Beaton talked to Alan Crabbe, Tora, Microwave Jenny and 12 Foot Ninja about their experiences with crowdfunding. Listen to the whole thing here.

Tips from Alan Crabbe, founder and CEO of Pozible

How would you explain crowdfunding?

Crowdfunding is a collective effort to fund new projects and ideas. Individuals,groups and organisations use rowdfunding to build a community and build support for to get things off the ground. It puts the power in the hands of the people, rather than government, business or foundations, to decide which projects are worth funding and offers a new alternative to some of those more traditional avenues.

Do you know where online crowd funding began?

Crowdfunding is not exactly a new idea - but it has been revolutionised by the internet. I remember my school selling names engraved on bricks to fund a new footpath back in the day which if you think about it isn’t all that different to what we are doing. We’ve just taken it online.

How does crowdfunding work with Pozible?

We work on the all or nothing model which means you set a financial target and a period of time you are going to crowdfund to raise money towards that target. If you are successful in selling enough rewards to the public to get there, then we process your pledges and you receive the money. If you don’t then no money changes hands.

There are so many crowdfunding sites to choose from – can you explain some of the differences?

Fundamentally there are two kinds of crowdfunding platforms - one provides a technical solution and the other has a human element that works to ensure project creators have the highest chance of successfully raising their target. This is reflective in the success rates of projects on the platform - be concerned if the platform is not transparent about this. Technically, some platforms work on a model whereby they let you take whatever you raise, even if you don’t get to your target, but you pay a higher percentage in fees. Some platforms work only within a particular industry (i.e. music).

What should you look out for when crowdfunding?

The best thing you can do is get off to a good start. If you get money coming through in the first 48 hours you start to build momentum and there is a very high chance you will be successful with the campaign. People will see money going in to it and be more likely to click on it themselves, it might start trending on the Pozible website, it might get picked up by the media or shared through social media. If you get off to a good start it will snowball; if you don’t it can be hard to recover.

What are some of the clauses to look for with crowdfunding?

It is all pretty straightforward; the main one to remember as a project creator is that you are obliged to deliver the tewards you have promised. Other than breaking the law and breaching the terms and conditions, it is also the right thing to do and good business.

What is the best thing about crowdfunding?

That we fund worthwhile projects that would never have found the money elsewhere. Some project creators don’t have the experience to be successful with grants or sponsorship, some fall between the cracks of funding guidelines and some are just unlucky. Crowdfunding is a new alternative for such creators. That and some of the rewards people offer are pretty awesome too.

How do you know if your money is going to the cause you contributed to?

There is a level of trust inherent in a crowdfunding campaign between the project creators and the supporters. Different to a grant, there is obviously no acquittal process and we won’t try and argue it is entirely risk free. It is however very, very rare there are problems and we have never ever had a flatly fraudulent project in Australia.

Why is crowd funding so popular with musicians?

Firstly because the funding available to musicians is probably more scarce than any other major art form, so often this is the only option. Secondly because crowdfunding allows them to build their audiences and facilitate some fantastic interactions with their fans. And thirdly because it allows them to retain the IP rights over their music rather than signing them over to a label, which is important to some musicians.

1. Make sure you promote the campaign adequately by getting your fans to share it around and accepting any help that is offered.

2. Get the timing right, make sure your campaign runs well before you actually need the money, so that if you find other ways to get the money you need, it doesn't affect your campaign.

3. People will only donate if they feel you actually do need help, so be sure to give them a legitimate reason to help.

4. Make sure your perks are worthy, give people the chance to get something they want and usually can't have.

5. Target philanthropists! Generous people of course will give more and expect less. Secretly I'd say USA is the place to ask for help.

1. Be prepared to over deliver. Whether it is making a compelling pitch video or providing experience-based rewards, the last people you want to disappoint are your supporters. Go above and beyond whenever possible.

2. There isn’t an online community of cashed up philanthropists waiting to give musicians money. The majority of people who contribute to your crowd funding campaign will be fans of what you do, but you still need to provide tangible value for their contribution. It is a TRANSACTION not a hand out. It's also worth making this clear in your 'sales pitch' to potential supporters - you're not asking for donations, you're (hopefully) offering value for money.

3. If you want to conservatively estimate how many people will contribute to your crowd funding campaign first you need to be realistic as to whether there is an actual demand for what you want to create e.g. Do people come to your shows and buy your merch who aren’t your mates or related to you? Do any of your social networking statistics indicate strangers are getting into what you do without coercion?

If so, use the 1% rule of thumb and apply it to your Facebook likes. If you have 10,000 Facebook likes you could roughly forecast that about 100 people will contribute on average between $20 to $50 provided the rewards you are offering service a clear demand. Hypothetically, if you were to chose a number in-between that figure, say $35 x 100 = $3,500 then you might conservatively set your target at $2,000 in the hope that you surpass it. One size does not fit all, so you might be able to raise a lot more with a compelling pitch that is well marketed or you might fall short: the 1% rule of thumb is a conservative estimate to demonstrate a point for people new to crowd funding.

4. If your mission is to record an album or make a music video: make sure the money you raise can actually pay for the end result. Do your due diligence and cost everything out as accurately and conservatively as you can, then assess (as objectively as possible) whether the demand for what you want to create is proportionate to your financial assumptions. A lot of bands confuse their enthusiasm to do something with everyone else’s. \

1. Preparation is key! Don't start a campaign without first making sure you really know your shit. Decide whether or not your campaign is funding an entire project or only a part of one. Try not to make any big changes during the campaign. Give people something solid to get behind. Giving away money to somebody in the hope they'll create something is a scary idea for some so try to make it as reliable and sturdy an experience as you can. Do your research and know the people who might be contributing to your project. Are you creating a project people have been waiting for and are expecting or is this a brand new concept that you're hoping will impress the pants off people once they hear about it? If it's the latter you'll need to put a lot more effort into your marketing and promo. We think a handy thing to do if you have the time is to set your deadline for the project as far away as possible. That way you can post about it on social media weekly instead of daily which can be really hard for fans to handle.

2. Target setting - I'm sure this is advice everyone hears when starting a crowdfunding campaign but you truly need to make sure you set a realistic goal. Almost every company we've seen will only give you any contributions once you've reached your goal and they all allow you to keep receiving contributions once you've reached it. We came up with our target by using sales of previous material and tickets to shows which gave us a really good idea of the very least we thought we could ask for from fans.

3. Marketing and promo - try to have more than one way of reaching people and letting them know about your project. Facebook is designed now to only reach a certain amount of people with every post and if you post too often you can annoy people and they won't want anything to do with your campaign. We used a mailing list and contacted a select group of fans first before making it fully public. People who were keen enough to sign up to your mailing list are letting you know they're obviously invested in your art and want to be a part of it so it makes sense to go to these people first. Also it helps having a few contributions on your campaign once it goes out into the world to make people feel a bit more comfortable and safer with the idea of parting with their cash. Also things like Twitter & Instagram are awesome because they don't filter their newsfeeds.

4. Rewards - we asked our fans through social media for a few ideas first before the campaign went live. We got some really fun stuff and it helped with awareness without directly asking people to contribute. Also don't stretch yourself too thin. Don't offer 100 of something that will take up all of your time and actually distract you from the project you're trying to fund in the first place. Don't have too many and just keep it simple.

5. Interaction, appreciation and gratitude - this is a super important part of the whole process. For us its a super important part of what we do everyday with our music. Crowdfunding is an unusual experience in that your almost asking for money for nothing. They're not paying you for something they want, they're paying you for your potential to give them something they want. Which is a huge leap of faith and should be appreciated. We were lucky enough to have such a cool relationship with some of our fans that some even managed to talk themselves into contributing twice!