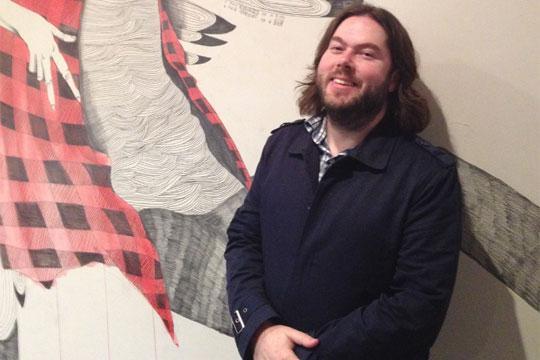 Tim Byron is a music writer and an academic in the area of music psychology, we spoke to him about why we like the songs we like.

Music is your life, you are a musician yourself, what do you play?

I play keyboards, guitars and bass, but I most love playing piano and vintage organs and electric keyboards. It's very satisfying when I'm able to add something new and distinctive to a song by coming up with a nice riff or melody.

Tell us about your academic life?

I have a background in psychology research, and received a PhD in 2009 from the University of Western Sydney for a thesis that looked at the parts of a melody that the mind/brain focuses on when we listen (think of the brain as being the hardware and the mind being the software). Since then I've taught undergraduate psychology at the University of Queensland and an online music psychology course at the Queensland Conservatorium.

How did you get interested in the links between moods and music?

By realising that my moods were affected by listening to music, and wondering why! For me, music psychology is a good avenue for us to learn more about how our emotions work in general; a lot of psychology focuses on thinking rather than feelings, but you simply can't ignore how music makes us feel. More recently you’ve done a bunch of research on 'earworms'.

Why do songs get stuck in your head?

That's the million dollar question, quite literally! If the record companies knew the answer to this one, they would make more millions of dollars! My research suggests that, if you've heard a song more recently, and more often, you're more likely to have it stuck in your head. It's not terribly surprising, but it does confirm that musicians who get their songs played on high rotation on commercial radio are probably going to be stuck in most heads.

Are there particular musical elements like sirens, piano that help a song stick in your head?

The thing with the way that music affects us is that our experiences matter. When you hear a new song, you're comparing it unconsciously to the average of all the music you've heard in the past. For example, even if you don't know what a G minor 6th chord is, your brain knows something about how likely you are to hear that chord in particular contexts. And your brain uses that knowledge to figure out how to respond to that song. What this means is that the thing that causes something to get stuck in your head is probably related to the other songs you've heard. And seeing that everyone's heard a different bunch of songs, depending on how old they are, what radio stations they listen to, etc. (especially if you live in India, where you'd hear a whole bunch more Bollywood musical music than you would in Australia!), it probably means that the things that cause a song to get stuck in people's heads are different - for some people that might be sirens, but for others the sirens will just be weird! We find in our research that even the biggest hits aren't actually stuck in very many heads at once.

Are these the same things that make a song #1?

It definitely helps if a song is catchy, when it comes to getting a song to #1 (Carly Rae Jepsen's 'Call Me Maybe' was a #1 single, of course!), but there's lots of other things that contribute to a song getting to #1 - how often people hear it, for starters (the current #1, Paloma Faith's 'Only Love Can Hurt Like This' was prominently played on an ad for a TV show), whether that song fits with what pop listeners want to hear at a particular time, whether the song has a viral video, whether the artist is charismatic, whether the song makes people want to use it in their everyday life - the list goes on!

Does what attracts people to certain songs change with musical trends?

Definitely! You only have to look at the top of the charts in 2014 compared to 2010 to hear that the sound of pop has changed. 4-5 years ago, it seemed like every song was at 120-130bpm, that there was a certain synthy sound, that there were lyrics about being at The Club. Nowadays, though, the songs that get to #1 are often slower, they often have piano, and the lyrics are more emotional than they used to be. And this makes sense when you think about how you unconsciously compare songs to all the other songs you've heard - often, a lot of what we're excited by is when a song is generally predictable enough that you can understand what it's trying to do, but not predictable enough that you know exactly what will happen. And so when a musical style is new, a song can sound exciting because it's not totally predictable - it does things you didn't expect. But as that musical style gets older, the things the songs in that style do become more predictable, because you come to expect them to happen because you know how that style works. So you start to lose interest in the predictable old pop and get interested in some other new style!

Lyrics v Sounds, what has the greater influence?

I think this depends on the song, and on the person! Some people are drawn towards lyrics, and other people are drawn towards sounds. But I'd say that more people listen to sounds than lyrics - Muse are very popular, for example, and I think their lyrics are quite terrible, but a lot of people are listening to the guitar riffs and the sound of the singer's voice, rather than the words he's singing with that voice.

You’ve written a couple of articles on research in music psychology for The Big Issue recently, one topic you write about is whether it's a good idea to listen to sad music if you're trying to feel better? What did your research find?

There's been a bunch of excellent research on this recently by people like Sandra Garrido and Emery Schubert at UNSW. Basically that, for most people, listening to sad music when you're sad makes you feel better, though there's lots of different reasons why for different people. Sad music is often quite pretty, and that prettiness can make you feel better. On the other hand, sometimes it's good to know that other people feel the same way, and a sad singer-songwriter like Elliott Smith is an expert at portraying particular kinds of sad feelings. And the act of sitting and feeling sad listening to Bon Iver can help you think about the things that make you feel sad. Or it can distract you from the feelings, at least!

We do live in a world where watching the nightly news or looking at the headlines on the web seems pretty depressing. Wars, murders, planes falling out of the sky, political argybargy. And that's just what's on the news, rather than what's happening in someone's life. All of which, well, makes me want to listen to Leonard Cohen, at least! Also, sad music is generally slower than happy music, and that slowness means the musicians often have a little bit more time to let notes ring out, to hear the beauty of the sound of the instruments; in comparison, the Ramones are great, but their really fast songs aren't quite beautiful in the same way.

What kind of person shouldn’t listen to sad songs?

The research by Sandra Garrido and Emery Schubert I mentioned earlier found that, while listening to sad music is healthy for most people, there's a kind of person who they called a 'ruminator' for whom it's actually unhealthy. Ruminators, in this context, are people who have trouble controlling their moods - they're very often people with mood regulation disorders like bipolar disorder or depression; they often feel sad when they don't have much reason to feel sad, and they will often fixate on problems and run them over and over in their mind long after they've reached the point where they're getting anywhere with it. For ruminators, listening to sad music doesn't seem to help like it does for other people - instead, it seems to keep them in the sad mood for longer.