The Dirt : Remixing The Unconventional 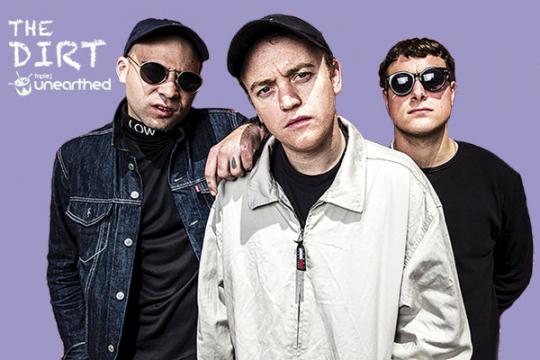 If you’re thinking about giving the #DMASRemix comp a crack, Kim from The Presets is here to give you hot tips. He was the producer behind their record For Now, and is dance music royalty, so it’s a safe bet his advice will be A+ very useful. In his own words, “remixing is such an introverted process – it’s all about finding something that makes you smile or your head nod, and that’s different for everybody”.

Hit play to hear his thoughts in full, plus a couple of kick-ass remixes we handpicked from the comp so far.

It could be daunting going through all the stems, so find something to focus on – like the vocals, drums, synths or guitar sounds – and figure out if they’re stylistically appropriate for what you want to make. I’d lean towards using the main vocal because it’s the most recognisable part of the song and can be used as the hook, but it’s also okay if you don’t want to use it. Have an idea of how you want the remix to end up, and work backwards from there.

Working with guitars is not a super natural environment for a remix. But when producing this song in particular, the guitars became a thick background texture. It’s much less about strumming chords, shredding or riffs, but a big washy background of shoegazey-noise – you can use that to add space. In general, when working with guitar-heavy tracks, it might take a bit of manhandling to turn those parts into hooks, percussion sounds or a groove, there’s a lot you can do with them!

There are a couple ways you can approach a remix – you can completely rebuild a backing track and retain the vocals. Rip the guts out and take away the groove aspect of the bass and drumkit, and there’ll be something really interesting waiting there.

Or you could just amplify and reinvigorate what’s already there – make the beat a little more electronic, the dance-aspect of it more prominent, and dial down the guitars, because there’s a really interesting disco vibe happening in this song already, and it wouldn’t take too much work for that to come out even more. The song could honestly exist in many different guises.

When you’re using effects like reverb or delay, they should serve a purpose. Sometimes it can be to make the parts gel together, to add a sense of space, or could also just be a stylistic choice. There’s a lot of electronic music out there right now that has very little parts in it and a whole lot of effects, so you can really fill out your production by drenching everything in reverb if you wanted to. It comes down to what your end goal is and what kind of style you’re trying to achieve.

One of the quickest ways to get your remix into a new direction is adding different parts, different sounds. Think of new drum and bass sound sources like synthesisers, find and record sounds around your house, add your own vocals or vocals of others. You could do anything you want, and you should! As long as it’s something that’s resonating with you and it’s taking the song to a different space and harmonises with the song, then go nuts.

At the end of the day, if you’re feeling good about what you’re doing, then you’re on the right path.