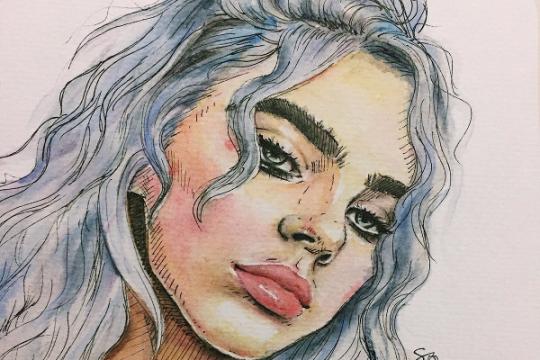 Unearthed High wrapped up last month and one of the most popular names listed as an influence was Billie Eilish.

She's been inspiring young music makers all around the world - especially here in Australia - and although Celline Narinli's missed the Billie Eilish fandom train herself, she's here today to play catch up to see what she's been missing out on, while introducing you to 5 new acts on Unearthed that are celebrating the influence of the teen queen.

You'll hear from an artist we met during Unearthed High who admires Billie's authenticity, plus an 18 year old superfan/portraiture artist from Adelaide Sophie Obst who's collaborated with Billie on tour merch (pretty cool stuff!)

So chuck on your crown, be your best self and indulge in these 5 acts off Unearthed we reckon you'll dig if you're a fan of Billie Eilish.