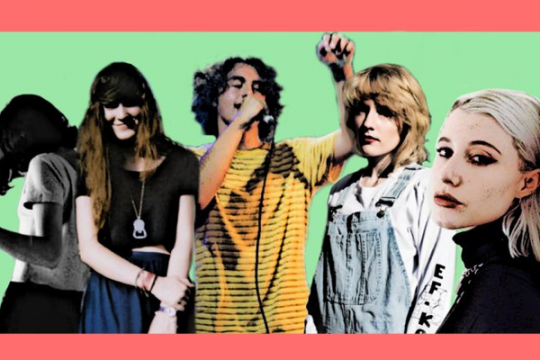 Every year, more of those {Ft.} brackets creep into the music canon. In 2007, there was one track with a featured artist on the Hottest 100. In 2016, there were 25, and one of those topped the countdown.

When Flume's 'Never Be Like You' topped the Hottest 100, it became the third track with a featuring credit to win the countdown, but the first with just one vocalist, Canadian singer Kai. She has also lent her voice to Childish Gambino and Jack U, though you're probably better acquainted with her features than her solo work.

Why is this happening? While sometimes getting a guest on your track is about adding a little star power, in more and more instances, it's purely a necessity. If you're a producer, and you don't sing, you need a voice from somewhere.

"I definitely think it's just the age of the internet, producers are always on the hunt," says Melbourne artist Rromarin, who's done her fair share of guest spots.

It feels like every producer needs a vocalist, if you don't have one on hand."

And with the rise of producers as artists, you need a lot more feature artists. Doing feature vocals can be a bit like performing a service, and despite some creative trade-off, some artists have become "addicted" to answering that call.

Rromarin is one half of darkpop duo Kult Kyss, but you've also heard her on the airwaves in collabs with LUCIANBLOMKAMP, King IV and Benson.

When doing a feature, usually she'll be sent an instrumental, and then have to craft the perfect topline for it, which is why she finds guesting so "addictive".

"I call it cracking the code or solving the puzzle, for finding the right vocal," she says.

Sometimes the instrumentals are quite complete so it's about finding something that works in conjunction with what already exists."

While some love the challenge, Melbourne singer Akacia started doing feature vocals as a gateway to producing.

"I was really interested in production so I'd trade vocals for a sample pack, or a production lesson over Skype," she says.

"I started off doing features like that and then I got really into it and just loved the process and learning how different people work."

When it comes to the 'Feature credit', she doesn't see it as second billing.

"If you look at pop music, there's ghost producers all over the place and you never end up hearing who they are, it's always the female singer who gets the track title and nobody knows who's actually produced it, so it's kind of nice to have the tables turn a little."

Sometimes a feature spot can boost you to a place you couldn't have imagined. Think of Nicole Millar, whose spot on Peking Duk's 'High' put her name on everyone's lips.

For 16-year-old Castlemaine singer Kian, providing the chorus for Baker Boy's 'Cloud 9' absolutely kickstarted his career, but it all happened by accident.

"My dad was in the studio with [Baker Boy] recording this track, and I just ended up coming to say hello ... and they hadn't written a chorus yet so I basically just jumped on the track," he says.

"I didn't really expect anything to happen with it ... as soon as I saw that it was on iTunes and everything, it took me off guard."

While he was initially shy about singing, and embarrassed about his contribution to Baker Boy's breakthrough, seeing it take off turned that around.

"It gave me the confidence to re-spark that thing inside of me to keep following that dream I had."

Meet even more of those Unearthed voices on Finding Your Ft. Stream it in full over here.