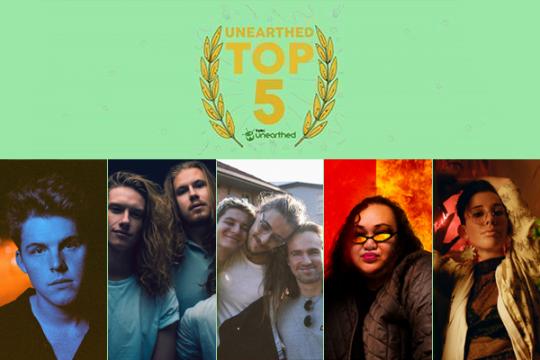 Every week hundreds of young Australian artists upload their music to triple j Unearthed. After that, my cruel boss Carmichael makes me choose the five best songs from those hundreds and then put them into this article. How do I narrow it down to five!? It's quite hard yes. So to all the artists that uploaded their music this week, a big thank you and to the five below? Congratulations, you've made some very special songs. These are the 5 best songs of the week concluding June 21.

Fergus James - Back To Life

He’s our national Splendour competition winner for 2019 and just in time, he’s released his best song yet. There’s a little Gang of Youths in the way the guitars gallop but this is a pop hit, no two ways about it.

This band have been working hard for years building an organic fanbase and 2019 might be the year they break. They’ve got elements that’ll make both classic rocks heads and indie kids pay attention.

Originally from Rockhampton now living in Sydney, Harley Mavis has written a song that showcases her one hell of a voice. She's bowling the same lines as pacers like Angie MacMahon, Middle Kids and Julia Jacklin.

She’s been making some big moves in the WA rap community and Hyclass is a name worth remembering. This newest one is equal parts fun and tough, strong flows in the verses bouncing on a memorable hook.

BUGS is the band project of Brisbane’s Connor Brooker, a man who has countless different projects to his name. It’s accessible, sentimental pop-rock that speaks to lived experience and human feeling.