The Five Best Songs Of The Week! 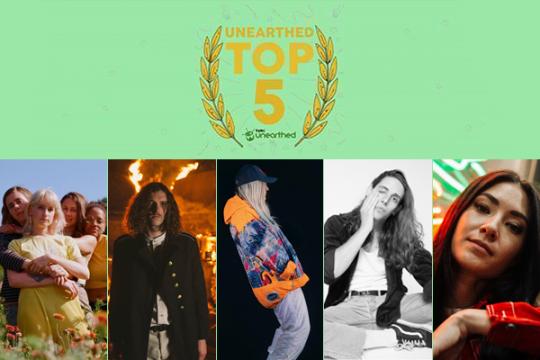 Awww what, all your friends went to Splendour and you couldn't? That kinda blows. On the upside though, they're scrounging for 4G to find out which songs made the five best of the week and you're here right now knowing. These are those five, the songs that you have to hear before any others if you wanna stay on top of the game. If you want them delivered to you in audio format every Friday morning, make sure you subscribe to the Unearthed Podcast!

This week: Tones & I releases what just might be her best song yet and Slowly Slowly frontman Ben Stewart goes solo.

Tones & I - Never Seen The Rain

She's arguably the biggest breakout Australian artist that we've seen in 2019, topping charts, clearing tens of millions of streams and selling out shows all over the country. She did all that with only two singles released but this third one? We reckon it might be her best yet, full of feeling and thicker production than the first two. Prepare for global domination, we reckon.

Congrats - Cut Down The Middle

Ben Stewart, vocalist from iconic Melbourne guitar lords Slowly Slowly has gone solo. He says that on this project he's traded in the guitar for a computer and this song is what happened. It's a massive pop song, described by Declan Byrne as 'Slowly Slowly with an Amy Shark filter on top'. Not a single guitar in sight but it works in a big way.

It's a song about grappling with your mid-twenties with life potentially not going the way you thought it might. It's a contented sharehouse anthem from a scuzzy Sydney guitar band that you'll love if you're chasing the same energy as bands like Totty or Ruby Fields.

A young cat from the Illawara region South of Sydney. He's drawing vocal comparisons to Gang Of Youths' Dave Le'aupepe due to those deep, powerful pipes but there's also some of the epic, climactic GOY power to this five and a half minute track.

We've been following San Mei very closely, especially since she took out our hard fought Falls Festival competition last year for Byron Bay. She's worked with Oscar Dawson of the wonderful Holy Holy in the making of this song 'Something Good', a track that continues her lineage of releasing great, driving rock tracks.