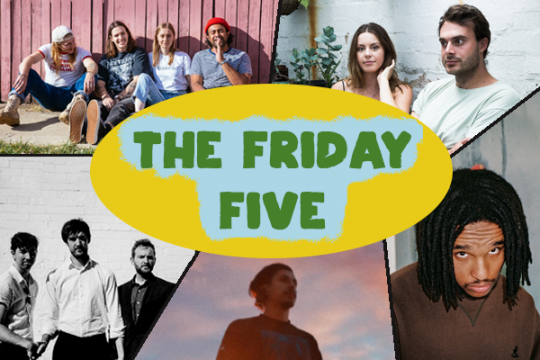 With literally ~hundreds of thousands~ of independent Australian songs on triple j Unearthed, sometimes it can be hard to know where to start. That's why we have the Friday Five. These are the five songs uploaded this week that we think you need to hear right now.
Every week, Max Quinn and Dave Ruby Howe break 'em down for you on The Unearthed Podcast - who they are, what's cool about them and why they matter. This week: Pop Punk is back! Plus, What does it sound lke when two hearts collide? These are the 5 best songs of the week concluding June 6.

Exciting, innovative, confident rap from a new dude who really knows how to do it.

They made a staggering debut in 2016 with 'Decision', and now they're backing it up with some tense suburban drama.

DIY indie band from the 2600, providing pep and pop every step of the way.

August Roman - 'What You Did To Me'

Pristine vocal on this one, but oooooooooooomg wait until you hear that drop. Large.