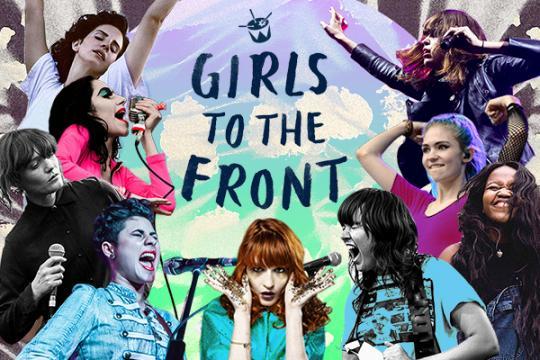 It's Girls To The Front for International Women's Day 2016 on triple j Unearthed!

Hear Kritty take the radio reins and spotlight some fab females below:

Handing out tips for wannabe music makers, talking why girls do it best and playing an hours worth of their absolute favourites from triple j Unearthed.

I Am Woman, Hear Me Sing - An Ode To Inspiring Women by Debbie Carr

Hear the playlist in full over here.