Guide To Being A Record Producer 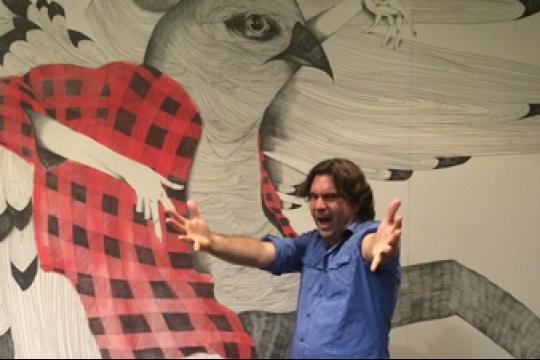 Tell me a little about your career history?

I always loved music. From a young age I dreamed of making music. So when I left high school I enrolled in an audio engineering course at AFTRS. After graduating from AFTRS in 1992, I travelled to the UK and through a lot of hustling was granted work experience and then offered a job at AIR Studios in London, under George Martin, The Beatles’ producer. After an amazing 12 months working as an assistant with artists such as John Martyn, Dire Straits, Phil Collins, Tom Jones & Nik Kershaw, I decided to head back home to Australia. When I returned to Sydney I got a job at the prestigious Studios 301 and worked my way up over two years to Head Engineer. Along the way I assisted on sessions for Cold Chisel, Diesel, Tiny Tim and Boy George. I engineered on recordings for Swoop, Kate Ceberano, Groove Terminator, amongst others. In 1995 I went freelance as an engineer and began Producing artists too. Artists I have worked with since then include: The Jezabels, The Hard-Ons, Motor Ace, The Porkers, Nitocris, Something With Numbers, One Dollar Short. Recently, some of the artists I have produced include: The Vines, Elliot the Bull, Little Bastard, Hey Lady, Nova and the Experience, Avivaa, Love Like Hate, The Sweet Apes & Little Earthquake.

What is the role of a producer with a band or artist?

It can be radically different depending on the artist, and also varies from producer to producer. Some producers are very ‘hands-on’, and can crossover into songwriting by offering lyric changes, melody and chord changes. Other producers will just oversee a recording, more as a quality control overseer, making sure the finished song is completed in a satisfactory manner. These two examples are extremes. Most producers exist in the space in between these two polar opposites. I tend to be steered by the artist’s needs. Some need you to help write a song, whereas others just need a bit of encouragement and someone to give them confidence to keep going. Budget can be a determining factor in the artistic intervention of a producer, particularly if there is little time for experimentation. A producer should be someone who can fulfill the vision of an artist in a recording, or instill a vision of their own in an artist, to create a unique piece of art (within a given time frame and/or budget).

How can a producer help a young band or artist?

By listening to what the band is trying to communicate artistically. I think a good producer should find the artist’s point of difference with the rest of the musical world and bring out their uniqueness, create a vision (or refine an artist’s vision), and provide a platform to create a great recording. A producer should also have a dialogue with the artist about their realistic goals for the release, particularly if the artist is inexperienced. The road to success is generally long and involves patience, hard work and commitment beyond reason. A producer should make the artist aware of this, and also offer support and opportunity for artistic improvement and development.

What should a band look for in a producer?

A good fit. Artists should find someone that is on their level and who they respect. In my opinion, communication is the key to music production. Finding a producer that can effectively explain themselves and offer solutions that open creative ‘doors’ in the recording is paramount. Someone with better than average hygiene is also recommended- nothing worse than a stinky producer!

Do you think your background as a musician helps you with you production as a record producer?

For sure. I always say that my playing helps my engineering and production, and my production and engineering helps my playing. Obviously there is a language of music, and any extra experience you have in that world is going to benefit you if you are producing. Also, it’s so great to be able to see two sides of the same creative situation. As a producer sometimes it’s difficult to imagine what an artist might be going through, so it’s great if you play and write yourself, to be able to empathise with their struggles and help them to work their way out of problems in a recording. You can offer suggestions for solutions because you ran into these same obstacles yourself at some point. Production, like playing an instrument, is a real discipline that needs practice to hone.

What's the difference between a producer and an engineer?

An engineer will run the technical aspects of the recording. They will set up the microphones, plug in the audio gear, operate the console (and/or other recording gear), be in charge of capturing and maintaining the sonic quality of the recording, and mix the song. Previous to the mid 1960s the producer’s main task was to make sure the recording was completed and delivered under budget. Since then, the producer has increasingly been seen as the person responsible for the creative side of the recording. Producer can be a very ambigious term. Artists should ask their potential producer what exactly they will be doing for their recording.

Do fees vary from producer to producer?

Yes, fees can vary dramatically. I guess it’s similar to Restaurants where the cost of food can vary a lot between establishments. Producers will ask for what they feel is appropriate for their services. Artists should pay for a producer in their price range. Ask around for quotes from different producers to find a suitable candidate. Producers often ask for royalties (through a producer’s agreement) as payment in lieu of, or as well as, a song fee.

Any tips for anyone wanting to be a producer themselves?

Start immersing yourself in music. Listen to as much different music as you can to give yourself a large palette of sounds to draw from. Be a student of music history. Some of the greatest music in the world has been made since music recording began in 1877. Plug into it, and learn from the greats. Start small and give yourself time to find your feet as a producer. Ask other music industry folk for advice, and their thoughts on the local industry. Use the internet as a connecting resource (especially Unearthed!) and begin to make contacts to spread your name. Do any audio related jobs to keep your head above water, but don’t lose track of your long-term dream along the way. Don’t ever stop learning. Have patience, hope and determination that one day you’ll get to where you want to, even when it feels out of reach. Good luck!