Guide to Getting Gigs 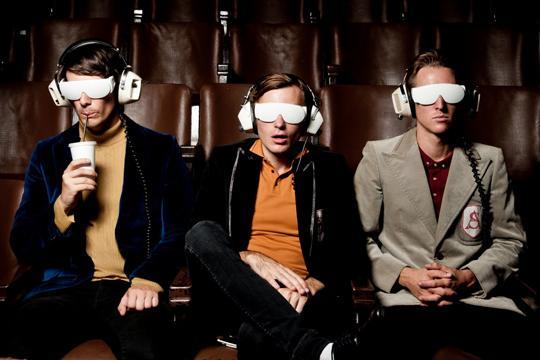 Gigging is the most immediate way for young artists to to hone their skills as performers and connect with existing and potential fans. Over the space of a forty-or-so minute set, you can find out pretty quickly what works and you need to work on - an invaluable tool for any band starting out. But how do you lock down the gig in the first place? triple j Unearthed spoke to artists like Art Vs Science, Jebediah, the Hilltop Hoods and more about their gigging experience:

What’s the best way to approach venues for gigs?

Starting out, you’ll have to do this yourself so you’ll have to be pro-active, persistent and patient all at once. First up, make sure you have a demo to send/give out or at least a website / Facebook / Soundcloud you can direct venue bookers to.

Secondly, play every gig you can - partly to get better live and partly to make contacts with bookers and other bands. Get all your friends to come along and use social media to pull numbers (create a Facebook invite), build some momentum and buzz so other bookers start to hear about you from people other than yourself. If you see them at a show, say hello – a personal touch and a face to a name is always going to be better than a faceless email nag. Give your demos away at your shows or gigs with similar music along with flyers for your next gig.

Send an email/demo and a letter to bands you’d love to play with (within reason: don’t hit up Muse straight away) and any weekend you’re not playing shows, go to gigs and make contact with the bands and bookers.

Do I need to rehearse?

Constant rehearsals are the only way to get ready for the big stage, so don’t skip out on them. Get a room/garage/shed and practise your songs until you can’t get things wrong (not until you get it right once). Repeatedly play the parts you’re not nailing. Play a song with one band member opting out to test everyone else’s memory. That way, by the time you hit the stage, you can  move around on stage, interact with the audience and hopefully not suck.

As Hilltop Hoods' MC Suffa points out, “You only get one chance at a first impression and I feel like a lot of people waste that chance.” And in this internet age, a bad review can follow you round like a bad smell (but f you blitz it, all of Google will know!).

At the same time, other artists say that for all the prep, there’s no substitute for that first nerve-wracking show so it’s best to just get it out of the way.

“I still think a gig is worth about five rehearsals, even to this day,” says Jebediah’s Kevin Mitchell. “Chances are you will be terrible at your first show no matter how much you rehearse so my advice would be just to do it when it feels right.”

Another good tip for live shows? “Get a good sound guy that likes your genre of music,” says Suffa. “I can’t even count how many times we’ve been lumped with an old school rock engineer who couldn’t give a shit about hip hop.”

Lastly, recording your rehearsals is a great way of hearing what you really sound like.

What about working with other bands?

Forming a ready-to-go bill with like-minded bands is a great way to score gigs and get venue bookers’ attention. Not only does it do half their work for them, it means you can pool resources, share advertising costs and share/steal their fans too. Approach bands you know or bands you like online, which is easier than ever thanks to Facebook, Twitter and the like.