Guide to Naming Your Band 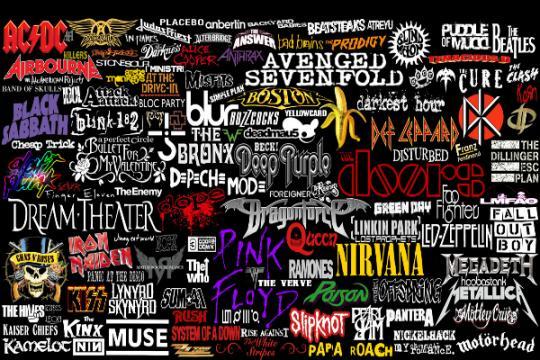 If you're starting a new project, there are so many things to consider that sometimes it can get overwhelming. Obviously, the music is what’s most important, but once you’ve got your songs, there’s another big issue to address: what are you going to call your band? It’s a question that has daunted musicians for aeons, and here at triple j Unearthed, we’re all about lending a helping hand. So without further ado, here’s triple j’s comprehensive guide to naming your band. Listed below are all the things you need to think about before you settle on a band name:

Not all of us were blessed with a cool name. Lana Del Rey was born Elizabeth Woolridge Grant. Jack White once answered to Jack Anthony Gillis. If you’ve got a bit of a shit name, it might be time to invest in a nom de plum. With this said, if your real name is as distinctive as Kimbra and you’re confident rocking it, more power to you.

There’s nothing more important than punctuation? We’re being seriou$. Some bands can get away with it – having a succession of exclamation points in place of any actual words hasn’t stopped !!! from scoring international success. Our advice is to punctuate properly. The last thing we want is another Panic! At The Disco on our hands.

It’s crucial for your band to be google-able on the internets. Movie, Wet and Fishing are all words that already exist as standalone things in the public lexicon, meaning those bands face a bit of an uphill battle when it comes to Search Engine Optimisation. Likewise, we’re not quite sure what Perfect Pussy were thinking, either:

It might be best to steer clear from using full sentences in place of a succinct band name. Just ask The World Is A Beautiful Place And I Am No Longer Afraid To Die, Someone Still Loves You Boris Yeltsin and The Pains Of Being Pure At Heart. One-word sentences aren’t much fun. either.

triple j Unearthed is a total hub for bands who’ve named themselves after identifiable figures in popular culture. Ted Danson With Wolves, Milhouse, The Griswolds and Dr Spaceman are all Unearthed acts who’ve got their reference game locked tight. The key is to take something identifiable and make it your own. Good luck.

We’re chucking these two together because we’re pretty sure every second band on earth has an animal or a number in its name. At this point, most of the good numbers are taken (Eiffel 65, Blink 182 and #1 Dads), and so is the undisputed best animal (Boy and Bear, Grizzly Bear, Minus The Bear, Panda Bear, Bear Hands). What we haven’t seen so far is the illusive animal/number combination: Goose 22 and Gu1n3a P1g are for some reason both bands that don’t exist yet.

It’s a known fact that lots of contemporary DNC PRDCRS HT VWLS. SBTRKT, PVT, HTRK, and MSTRKRFT are all in on the weird vendetta. If you are thinking about producing your own electronic music, it’s important to ignore vowels wherever possible.

The humble play on words has given us so many great artist names over the years: The Dandy Warhols, The Brian Jonestown Massacre, and Chet Faker have all benefited from pun-tastic band names. This is your chance to get real creative.

Art vs Science. Papa vs Pretty. Rat vs Possum. It’s real easy. You take one arbitrary noun, and then you set it up to fight cage-match style against any other arbitrary noun. Banana vs Hat. Goat vs Larger Goat. triple j Lunch host Lewi ‘Steak Stealin’ McKirdy vs The House of Representatives. Go for it.

This one requires some foresight. Please, please, please, don’t make the same mistake that 2000s emo punk bands Saves The Day and Jimmy Eat World did.

Some Band Names You Can Have Completely For Free Right Now