He was my mentor: Artists on Unearthed remember Prince 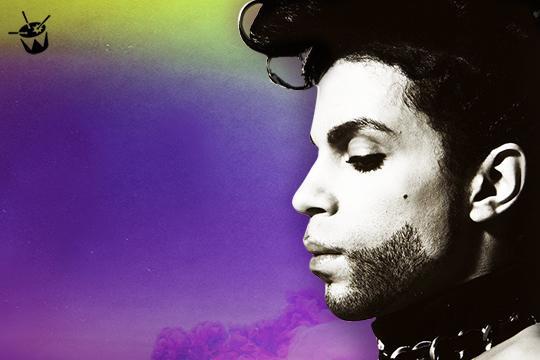 “I’m still in shock. I literally just woke up to a thousand phone calls and I didn’t really understand what was going on. It’s just a sad day."

It's emotional listening to Harts explain how he came to learn of Prince's passing. The Melbourne songwriter, whose music is up on triple j Unearthed, has become known as somewhat of a Prince protégé, having been mentored in life and music by the Purple One for the past couple of years. Prince passed away early on Friday morning at the age of 57.

Speaking with Matt and Alex on triple j this morning, Harts opened up about how he discovered Prince, and then, how Prince discovered him:

"I first heard of Prince’s music just from growing up," he explained. "My older brother was into Prince and he really encapsulated what I thought was a perfect and great artist. He combined so many different genres of music that I was trying to combine together and he really played all the instruments, he really did everything himself. He was just the perfect benchmark artist for a musician. He was kind of mentoring me behind the scenes for a few years. He really helped me out with a lot of things. He invited me to Paisley Park which is his estate to play and record with him and do some other things which was just a hugely enriching and enlightening experience for me as an artist. Particularly at a time when I was pretty much ready to give up music. I had already kind of quit so I wasn’t planning on continuing with the music industry but that phone call from Prince really came at a time when I needed it the most. The guy just really wanted to encourage me to stay in it and I think he could feel a connection and feel what I was doing was real and genuine. So I really appreciate all the time and all the love he gave me.

"He actually heard of me through YouTube.  He saw a lot of my live videos I was recording at the time. He really liked my guitar playing and that really stood out to him. He got in touch via email. His management got in touch and we back and forth emailed for a while but I think they could sense that I was hesitant as to whether it was real or not. But he called me out of the blue one day and spoke to me on the phone and I recognised his voice instantly being a huge, huge fan. He just gave me a lot of encouragement right there. He asked how I was going and what I was doing. Then he invited me over to be a fly on the wall while he was recording his new album and rehearsing and stuff. He really wanted to teach me and he really had a wealth of knowledge that he wanted to pass down to younger musicians and I was just so lucky that I was one of them.”

Harts' Unearthed profile is imbued with references to Prince (Prince has been quoted as saying that Harts "reminds me of how I was at that age." ), and he's not the only one.  Already, it's clear that his songs were unflinchingly influential on Australian acts who have uploaded their songs to triple j Unearthed. Indeed, Melbourne pop songwriter and Prince devotee Jack Stirling told us this morning that Prince was "The man who made it cool to be yourself. The ruthlessness in which he designed and reinvented his entire image and sound gives me a confidence in being proud of an inventiveness, and always committing to it wholeheartedly."

A bunch of our favourite acts on Unearthed have reached out via social media to express their sadness for his passing, and their gratitude for his music.

I'll never forget showing up to a club in hope of seeing him. I waited two and a bit hours telling myself he would show up, and then finally his body guards walked in and everyone parted ways gasping at the mouth. Like a king he walked so graciously with a diamond cane in one hand and a big afro with sunglasses. I remember thinking how small he was but how he commanded himself. He was like some kind of unicorn.. Not real. And just like that, he walked straight into the other room and was never to be seen again. It was the longest 3 minutes of my life.

A photo posted by Asta (@asta_world) on

You left this earth with a Catalogue so deep, that I may not get through it before i'm out. Damn. This one really hurt. #RIP Purple One. We were so blessed to have your alien talents.

I could never trust a man who didn't have at least five favourite Prince tracks.

@theonion said it best ⬆️ #ripprince - you shocked this naive ten year old with your sexy sounds and frilly clothes. From dance hits that don't age to some of the best angsty lyrics, I will forever regret not seeing you play. Much love

A photo posted by Big Scary (@bigscarymusic) on

Harts plays the Groovin The Moo festival as it hits regional Australia from this weekend. Hear some of his music below. Maybe give yourself a love symbol tattoo.