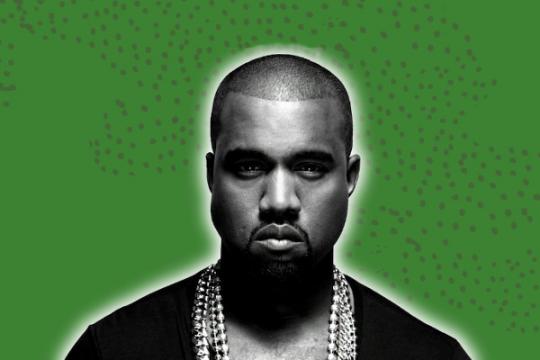 Hey Kanye, how are ya? Long time no speak. Like, a really long time. Literally my entire life. We heard you’ve been working on a new album and it’s sounds amazing. We’ve seen the tracklisting and couldn’t help but notice there are some blank spaces in there.

We’ve also heard the rumours that you’ve been calling around your list of big dog beatmakers to hustle in some final beats. That June 1 release date is coming around real soon and I know you’ve gotta be a little worried about meeting the deadline so we thought we’d offer a little assistance if that’s cool? We’ve picked some extremely primo beatmakers from triple j Unearthed who we think would produce amazing beats for any rapper but especially for you.

Have a listen through below and let me know what you reckon. You still have my number right? Yeah cool, great. Thanks Yeezy, chat soon.

This one is the project of this cool cat called Nic Martin and well, look… he’s already had a bit of experience producing hot beats for other rappers. Seth Sentry, Illy, 360, Urthboy… you should definitely hit him up, he’s a high king of Australian hip-hop but I reckon you might be just the guy to make his name ring out over there monsieur West.

You’ve had a lot to say recently, and not all of it has gone down that well with the general public. You’ve taken a slightly more mellow approach this past month sending out love and positive energy instead of critique and combat. I’ve been reading the Online Forums though and I can tell ya, people wanna hear some of that righteous fire and if you wanna inject a little production fury into your tracks, we know just the girl. Godlands is making explosive thunderstorms down in Adelaide and we reckon she’s a good pick for some big, ear busting sonics.

Hyde – Ode to a Hiccup

We know you worked real good together with Arca on Yeezus so we reckon you might be interested in what Hyde has to offer. He’s on that same extreme sound design tip, bending, twisting and skewing noises to make clever and challenging sounds. Go dark, go Hyde.

If you’re feeling you might wanna push into trap territory we think our guy might be able to help you with that. Remember how good it was when Pusha T jumped on that track with Skrillex? Just saying… Vocal manipulation and big brutal horn blasts might be just the thing for Yeezy 2k18.

ANH might be your guy if you wanna capture some of that 808s & Heartbreak prettiness and clever, understated production. He’s already making sexy, smooth bumpers that we’ve been slowjiving to these past couple years. He can give you a tour of Brisbane while you’re there too? It’s pretty nice, you’re gonna love the river man. Also check out Southbank markets, I had a potato twister there at the end of 2017 and it was quite simply wonderful.