How’d your Unearthed faves do in the Hottest 100? 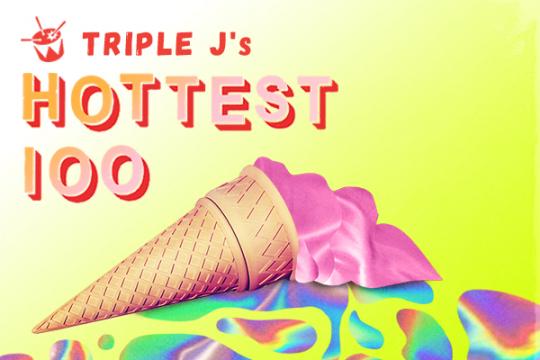 Hot scoop: three of your last four winners of the Hottest 100 have been Australian discoveries from triple j Unearthed.

There’s no doubt that you love Australian Music, with 65 of the 100 artists in the countdown being Australian, and 31 of those coming from Unearthed. There was even more to celebrate in the 200-101 countdown, which was full of both Aussie faves and Unearthed alumni. Let’s break it down?

There were six songs uploaded to triplejunearthed.com in 2018 that made the countdown. The highest placegetter was Ruby Fields, who hit the Top 10 with ‘Dinosaurs’ – her first ever H100 bullet after she scored in the 200-101 countdown last year. Two uploads came from G Flip, who owned 2018 with both ‘Killing My Time’ (#62) and ‘About You’ (#38), and phoned in to Veronica and Lewis on the day to cry her eyes out. Following on from ‘Slow Mover’ in 2017, Angie McMahon hit her second consecutive Hottest 100 with ‘Missing Me’, which landed at #49, and Kian became the highest ever Hottest 100 placegetter for an Unearthed High winner with ‘Waiting’ at #20 overall. The sixth upload was from Lime Cordiale, who chucked ‘Dirt Cheap’ onto Unearthed on October 31 and watched it explode all the way to a #86 placing.

Here’s All Your Heroes

In addition to Ocean Alley, the countdown was kissed by heaps of Aussie faves we first heard right here at triplejunearthed.com. Amy Shark and Mallrat both copped Top 10 spots, while the likes of Skegss, The Rubens, Thelma Plum, Meg Mac, Tash Sultana, WAAX, Cub Sport, Kira Puru, Hockey Dad and Middle Kids did everyone proud.

Round of applause for Kwame, who hit #102 in the countdown with ‘WOW’, the song that put him on the map as a new young king of Australian Hiphop when he uploaded it to Unearthed back in April. He’s the second Unearthed J Award winner in a row to place at #102, after Stella Donnelly hit the same mark for ‘Boys Will Be Boys’ last year.