How did your Unearthed faves go in the Hottest 100? 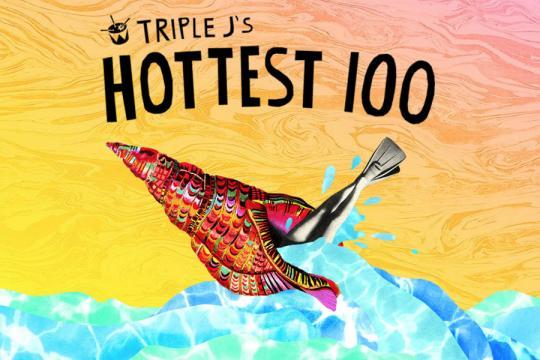 What an amazing year for Australian accents uploading to triplejunearthed.com in the triple j Hottest 100. In addition to five songs making the countdown that were uploaded to Unearthed in the past 12 months, it was also a huge year for our Unearthed alumni – with an absolute gob of tracks from artists who were first discovered right here landing in the countdown. Here’s a quick recap:

Shout outs to a bunch of first timers landing in the countdown! Four artists who uploaded their tracks to Unearthed in 2017 made it to the H100 – Alex The Astronaut, Angie McMahon, Ocean Alley, and Baker Boy – who struck the countdown X 2 with ‘Cloud 9 (ft Kian)’ and ‘Marryuna’. In addition, alumni Mallrat and E^ST both made sterling debuts – Mallie’s ‘Better’ copped it sweet at #46, while ‘Life Goes On’ caught on hot at #63. It was also the first go around for Holy Holy and Skegss, coming in back-to-back with ‘True Lovers’ and ‘Got on My Skateboard’.

Alumni! As far as the eye can hear. Ball Park Music? You betcha. Alex Lahey? You better believe. The Jungle Giants? Four different times, honey! Not to beat the gren drum too hard, but you can also catch songs from Unearthed alumni like Gang Of Youths, Meg Mac, Amy Shark, Tash Sultana, Allday and Japanese Wallpaper, The Smith Street Band, Hockey Dad, Vallis Alps and San Cisco in there as well. Ever heard of ‘em? Same tbh.

Aw, Stella, you were so close! Our 2017 J Award winner Stella Donnelley clocked #102 with ‘Boys Will Be Boys’, one of our favourite discoveries of last year. Huge, also for Arno Faraji to hit it at #178 with ‘Destiny’s’, and for Carmouflage Rose’s ‘Late Nights’ to pop off at #199. 2017 Breakthrough legend Ruby Fields pulled double duty between 101-200 too, with ‘I Want’ and ‘P Plates’ both landing in the mid-100s. Dayum.