How will these artists off Unearthed do in the Hottest 100? 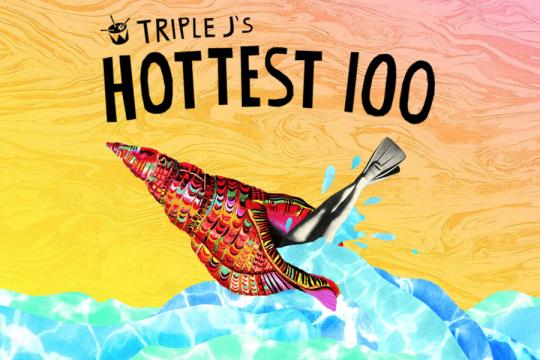 The last few Hottest 100s have been immense for artists who got their start right here on triplejunearthed.com. In addition to Unearthed alumni The Rubens and Flume taking out top honours in consecutive years, we've also seen now household names like Alex Lahey, Ali Barter, Gretta Ray, Amy Shark and Tash Sultana make debut appearances in our annual musical democracy, setting them up for massive careers we're proud to have played even a tiny part in. Last year, 26 different artists from Unearthed accounted for a whopping 35% of all entries into the countdown. So, how will our favourite Australian artists fare this year? Let's find out:

So, you've got a good shot at making your first ever entry into the Hottest 100? That do impress-a me much. This year, we reckon our Unearthed J Award finalists - Stella Donnelly, Baker Boy, Confidence Man, Ruby Fields, and Alex The Astronaut, are all in with a fighter's chance. All of these legends had huge, impactful musical moments in 2017 - from the unbridled fun of Confidence Man's 'Bubblegum' and Baker Boy's 'Marryunna', to Ruby's breakthrough 'I Want', to the perceptive depth in Stella's 'Boys Will Be Boys' and Alex's 'Not Worth Hiding'. Outside of these, you could perhaps look toward Didiri, Mallrat and E^ST as artists who have come through Unearthed and might end up making their first 'ever appearances in a Hottest 100 countdown this January 27. Fingers crossed!

It feels like every year now is primed to be a huge one for artists who have come through triple j Unearthed and found their way to success. This year's no different - we'll start with Gang Of Youths, who figure to have as big an impact on this countdown as any other. We first discovered their music on Unearthed in 2013, and now, tracks like 'Let Me Down Easy' and 'The Deepest Sighs, The Frankest Shadows' could end up as pretty heavy hitters in the 2017 Hottest 100. Let's look at Methyl Ethel next: could 'Ubu' be a dark horse toward the top of the countdown this year? It's a huge, boisterous song, dripping with melody and thick groove. Remind you of anything? We're stoked to count them among our Unearthed alumni. 'Million Man' by The Rubens is worth talking about too - can they repeat the success they had with 'Hoops'? And what about last year's legends? Alex Lahey could end up doubling the number of entries she had in last year's countdown, and Amy Shark and Tash Sultana figure to be in the mix as well. Don't count out Ball Park Music either - 'Exactly How You Are' is one of their finest, and judging by the triple j textline, you've loved it too.

Voting in the Hottest 100 closes real soon? You haven't voted yet? Damn it. I'm so mad at you. Head here to fix your huge mistake.