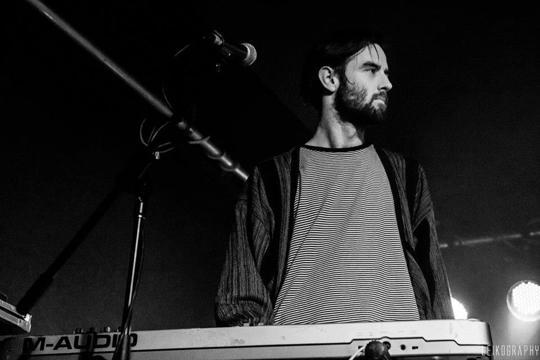 As in a lot of creative pursuits, it's easy to overlook the importance of sound legal advice when you're putting together your first songs, laying them down into Ableton with  a cheap MIDI keyboard, and  struggling to carry your 30kg amp up three flights of stairs to play your first gig. The idea of involving the law with the music that comes out of your big creative brain isn't necessarily somehting that will gel right away, but it's incredibly important to have the right advice and guidance when it comes time to enter any partnerships or sign contracts.

Julian Hewitt is a music lover and music lawyer and triple j Unearthed picked his brain to uncover the traps young music makers should look out for when they're starting out.

First thing's first: how do you know if someone is above board?

Welp, unfortunately there's no hard and fast way to suss someone out, which is why Julian recommends that you ask questions and find out as much as you can before giving the green light to anything! Search online, pick up the phone and talk to other people in the music industry, or simply start by finding out if any other bands have dealt with them before.

What do I need to be asking?

Important questions that you should be asking when someone is approaching you are 'What's in it for me?' and 'What's the value proposition?'. If an offer makes sense to you and you can justify it, that's great! If it's not clear what someone's asking you for, then you won't be able to make an informed decision and that can lead to trouble in the future.

"It's pretty common that people don't understand entirely what people are asking of them."

I've been approached by a label and I'm excited!

If an email comes in saying that for a fee your band could be put on a compilation CD it could be great news, but you need to be sure exactly who is paying who, and for what.

Words like "promotional and marketing value" get thrown around a fair bit, but what are you really being offered?

If you do want to go ahead with something then Julian recommends that you set out in writing exactly what you're agreeing to.

"I find that you avoid a lot of conflict if you're up front with each other about what it is you're doing."

At the end of the day, what makes sense to one band might not make sense to another you need to ask yourself whether or not the person that's approaching you is someone that *you* want to be in business with. From there, a good question to ask is: does what they're proposing make sense?

Find out as much info as you can before making your decision because the devil's in the detail, young grasshopper. If they're asking you for money, or an unusually large percentage of your band's earnings, then it's very important to not only ask why, but also how much bigger might your audience become because of their involvement.

"Definitely if you've given up a whole lot of rights to someone you want to make sure that they're incentivised to help you build a career."

Should I sign this contract in front of me?

"If you're going to enter into a contractual relationship, you probably need to be talking to a lawyer. Unless you're very, very confident that you understand the rights you're dealing with and what's being asked of you."

You can listen to the full interview in which we detail best practice for entering contracts, what can happen when one member leaves the band, what basic traps to look our for when people want to use your tracks, and heaps more in the player above or CLICK RIGHT HERE to listen on Soundcloud.