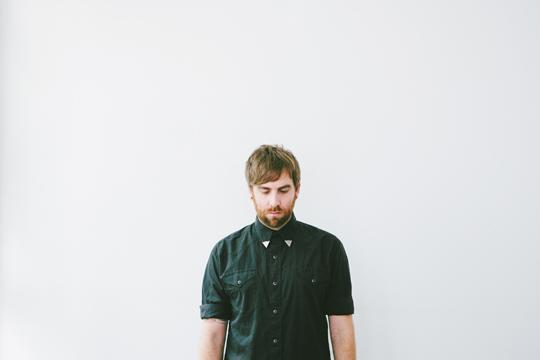 What should I include in a band bio?

The purpose of a good band bio is to inform, impress and entertain - in that order. Don’t go overboard hyping yourself. Ultimately, your music will do the most of the talking and boasting about how awesome you are will just turn off any journalist/blogger/booker who’s reading it.

First and foremost, make sure it clearly conveys the key facts about your band/music. Who are you? How many of you are in the band? What do you sound like? Your influences? When/how did you get together? What have you achieved so far?

If you have any interesting or crazy stories about how you got together or your first show, include them too – good anecdotes will always appeal to magazine editors/bloggers who are debating whether or not to cover you. There’s plenty of bands out there so show some personality/creativity to stand out.

If you have any impressive stats (like 5000 Youtube views or 4000 Facebook friends etc.), include them too – it’s good to have some qualitative numbers in there rather than just saying you’re good. Likewise, if you get a good review, grab a glowing pull quote out of it and put it in your bio.

If you’re not a good writer, ask a friend who is to write it. And make sure you keep updating it with current information, new gigs and new quotes – nothing’s more off-putting for a journo than a stale, old bio.

Remember, keep it sharp, succinct and limit it to one page – as a new band, you really shouldn’t need more than that. Plus triple check all the info too and include all your social media links and contact details!

What makes a good band photo?

“A photo’s that in focus is generally good - unless you’re really, really ugly,” advises Gotye.

Jokes aside, promotional photos are often dreaded by bands or at least left to the last minute, but if done well, they can make a huge difference. Given so many bands have rubbish shots, it’s an easy way to stand out if you’ve got a good, simple idea. Plus mag/web editors really respond to great photos.

As Art vs Science’s Dan Mac urges, “DO SOMETHING DIFFERENT. Treat it like a piece of art in itself - something you'd want to look at because it's interesting.”

First things first, discuss the style and setting with your bandmates – what kind of look are you going for and does it reflect your music? If you’re a metal band, you probably don’t want to be pictured in a kids’ playground – unless it’s on fire. Start collecting other bands’ promo pics to use as reference points for set-ups, colours and themes.

Next, hire/rope in the best photographer you can, or ask an arts college student to do it for the experience. Discuss your ideas with them, make sure you’re on the same page and follow their directions no matter how strange it feels – they’re the ones looking through the lens. Make sure they shoot photos in the highest res possible in both landscape (this is what Unearthed uses) and portrait formats and mostly in colour (not all black and white!). Also, make sure your faces can be seen – editors hate hiding artists – and don’t crop too close, leave some space around you.

Jebediah’s Kevin Mitchell also recommends “bringing as many changes of clothes as possible and shoot in as many different locations as possible [so] you won’t need to go through it all again for a long while!”

Oh, one last tip: Don't shoot it against a wall. “We've all done it and it’s boring!” says Peter Mayes.

How important is social media as a promotional tool?

In no time at all, social media has become an invaluable promotional tool for artists. In the past, they had to rely on their labels or websites or street press to convey news. These days through sites like Facebook, Twitter, Youtube and Tumblr, acts can not only share their music freely, but directly communicate and interact with fans, invite them to shows, post photos and videos and get instant feedback – and it’s all free.

Social media marketing can also be quite time-consuming. Sure you’re just fiddling on Facebook, but it takes time to send out update tour info, reply to fans’ questions/feedback, upload music/photos/videos and get the tone right. Keep this in mind.

Check out music player plug-in pages like Rootmusic and Reverbnation (so you can embed your music in your Facebook page) and investigate social media dashboards like Hootsuite and Tweetdeck that let you manage multiple accounts at once.

Most importantly, don’t get carried away with your followers. “Just because you have 10000 myspace friends, doesn't mean you will sell 10000 records, or get 10000 people to a gig,” observes Josh Pyke. “At some point you need to take the music to the people....the actual, real, non-digital people.”

Dan Mac agrees, adding “what's more important is that you've got good songs and you put on a good show. I can't stress that enough. No amount of spamming your friends will help get band going if ya don't got the goods.”

And what about street press?

Street press magazines, especially ones with websites, play an integral role in letting music lovers know what gigs are on each week in their city. Online music sites and blogs are giving them a run for their money, but street press is still a great way of advertising your shows – if you can afford it. Keep in mind if you’re after a free mention – quite often, street press won’t run your news or gigs unless you’re also advertising.