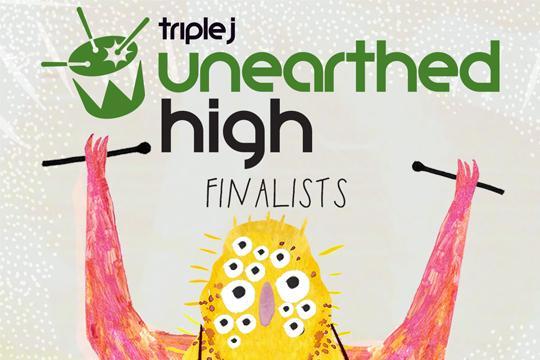 We’ve listened to every single one of the songs uploaded for the competition, and we’re excited to reveal our five Unearthed High finalists for 2015!

It was a tough call: if you’ve been playing along at home, you’ll know about just how many standout tracks we heard this year, and how mature, and developed and consistently strong they all were. We’ve been surprised, we’ve been delighted, and we’ve been taken aback by the overall quality and songwriting skills of this year’s Unearthed High class. Now, we’re ready to name the five artists in the running to be our 2015 Unearthed High champ.

Though they’ve only been together as Fifth Dawn since November 2014 this five piece out of Western Sydney has already impressed with their stunning alternative metal sound that melds gargantuan guitars with singer Samantha Faul’s killer voice. So impressed was Buried In Verona’s Richie Newman that he recorded their debut EP, ‘The Horizon’.

17 year old Canberra rapper Genesis Owusu performs his rhymes with a perspective beyond his years and through a rubbery delivery that makes everything he does just sound effortless. He’s Aus hip-hop’s Humphrey Bogart, spitting poetic monologues by lamplight over a static, jazzy hum.

Since they were 14 years old Naomi Robinson and Conor Barton have been jamming out tunes together in Naomi’s basement as Mosquito Coast. Now 17 and both in year 12 the duo have bottled some lightning with the breezy garage pop of ‘Call My Name’ that sounds like a sunny, coast-bound version of Yeah Yeah Yeahs.

Tune in to triple j Breakfast with Matt & Alex on Thursday 20 August as they reveal the 2015 winner of triple j Unearthed High.

The winner will receive airplay on triple j and triple j Unearthed, have a song professionally recorded by triple j and professional advice from a top Australian act and their manager, with the choice of Illy, The Jezabels, Alison Wonderland, Northlane or Art vs Science.