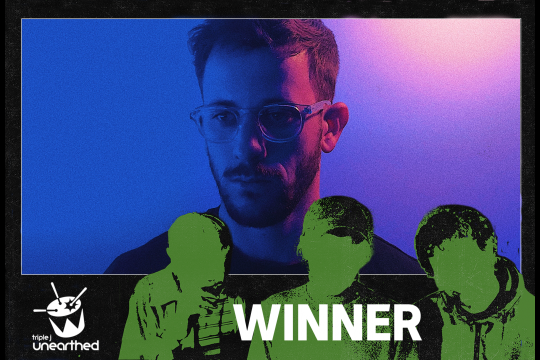 Over the past month, we've listened through over 400 of your entries. You'dve deconstructed 'The End' by DMA'S and totally made it your own, that's for damn sure. Crazy creative and perfectly produced, them diversity of remixes we've come up against has totally blown us away.

The pretty dang impossible gig of picking the winner from our five talented finalists fell to DMA'S themselves. In the end, it was Sunny Coast producer Borderland State that impressed the band the most with his re-imagination, turning the track into a blissed-out dream with his impressive, cinematic production.

"I thought the new keys part that he added at the start worked really well with the verse melody and we were particularly impressed with the production work that he'd done with the backing vocals," he said in a recorded message from the band who are currently touring Europe.

"As the song built to the chorus it became quite ethereal and resonated really well with the original." Borderland State has won himself tickets to see DMA'S on tour, as well as a masterclass with Kim Moyes of The Presets, who produced the band's second album For Now.

Tooke also thanked everyone in the Unearthed community for having a crack in the remix competition, including the other four finalists. "I thought it was great how in the DVNA version, she incorporated her own verses and used the conga loop and added jazzy keys. The RUER remix [had] a similar vibe and she incorporated her own lyrics and melodies; the harmonies at the start were particularly impressive. It was also cool to hear the Daft Punk version that MILKBEACH did and Tobiahs' chill vibe was pretty impressive as well."

You can hear our other four finalists over here.