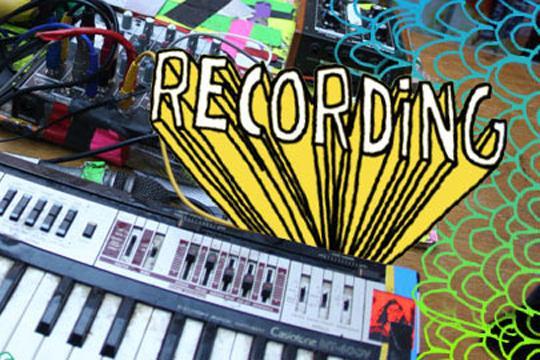 Getting your track as a mp3

The exact process to get your track as a mp3 will depend on the software you are using. First, see if you can bounce to disk as a mp3 at the above settings. If not, you might need to first create a .wav or .aiff file and then use a separate converter to turn it into a mp3.

Rule of thumb
A good way to check you are doing everything right is to check the filesize of your mp3.
1 minute of music, encoded at the correct settings = approximately 1mb (file size).
So, if your track is 3 minutes the mp3 should be about 3mb.

Home-recording has become an increasingly viable option for musicians. Of course, you’ll need to have your own equipment which can be a little costly (depending on what you purchase). The upside is that once you’ve got the equipment you have the freedom to record, re-record and experiment as many times as you like at no extra expense.

DIY recording is excellent for quick and cheap demos of your music. Depending on your style of music you may even be able to do the whole thing at home! If its early days and you aren’t sure about purchasing equipment it’s probably a better idea to record in a studio. Have a look at our studio recording guide for tips.

Multi-tracking
Most recordings are constructed by recording one or two parts at a time and then adding extra instruments or vocals over the top. You are effectively laying down ‘tracks’ on top of each over to create the final song. That’s why it’s called multi tracking. Traditionally, you would use a specialised machine to do this called (surprise surprise!) a multi-track recorder, usually using a cassette tape. The advantage of these machines is that they are portable so you can go to your friend’s place or a rehearsal studio to create your masterpiece.

However the most common method these days is to use your computer as the multi-track. One advantage of using your computer is that it’s easy to continually upgrade or improve it. To start out, you don’t need the latest greatest machine but you should try to have at least:

Decide which software you will be using and make sure you have the minimum requirements suggested.

Sound cards
Most computers come with built-in sound capability, however if you would like to improve the audio capabilities of your computer you will need to get a good sound card. The simplest of sound cards come with two inputs which are usually colour coded.

A LINE input (light blue) is where you can directly connect whatever it is you are recording. For example you can plug in a stereo cable from your guitar amp into this line port. Or you could use some kind of small external mixer.

A MIC input (pink) is specifically for your microphone. It’s better to use this port (not the line in) if you are using a microphone. This is where a little external mixer comes in handy, you could plug several mics into the mixer, and then into the sound card.

Some of the more specialised sound cards have multiple inputs, so you could record a guitar to one track and a vocal on another at the same time.

You will also need some audio software to record all your tracks and mix them together. There’s a multitude of different software you can use which you can usually get quite cheaply or even for free.

Microphones
A good mic can make all the difference to a recording. The most common type of microphone for first timers is a dynamic mic. They are cheap, simple and sound OK on anything -from vocals to guitars. They are also usually directional, which means they only record what they are pointed at. This can be useful for cutting out outside noise. These range in price from dirt cheap up to $300

A condenser microphone is also a popular choice. These have a warmer and clearer sound as they are more sensitive than dynamic mics. You will need power to use a condenser microphone. Some come with batteries, but if not you will also need a 48V power supply, sometimes known as phantom power. Condensers range in price from $400 to many thousands of dollars

Most professional microphones will use a 3 pin XLR cable. Depending on the inputs in your soundcard you might need adaptors so you can connect the microphone. For example, you might need cable with a three-pin attachment at one end and a stereo 1/4” plug at the other. You might also need an adapter to reduce the size of the plug from stereo 1/4” to 1/8” so that you can plug it into the sound card in your computer.

Recording and Mixing Tips
So now you’ve got all the equipment there’s nothing stopping you. The exact way you record will depend on your type of music and what software you are using. Here’s a couple of pointers to get your started, but remember, there are no hard and fast rules. Do whatever sounds good!