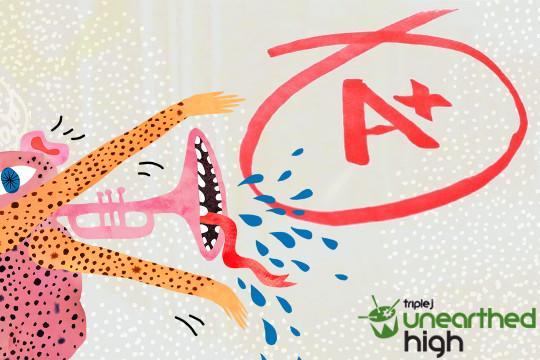 With close to 300 songs already uploaded to Unearthed High this year, the competition is running hot.

Teen Queen/Unearthed Super user Isabella Moore is back on triple j Unearthed radio bringing you alllllll the heat, playing the cream of the crop in Unearthed High so far.

Week 2 of the Report Card is full up and heaps diverse -- from acts who give off Khalid vibes to artists already receiving props from established Aussie artists like Bec Sandridge and Eilish Gilligan.

Cop this week's best below:

Izzy Says: This team up between two Unearthed High kids is giving me some huge Khalid vibes. Kian was on 'Cloud 9' with Baker Boy.

Izzy Says: This is a bit of a ride. Crazy drum breakdowns, and jazzy chords at the end.

Izzy Says: It's about being a teenager in today's society. Huge song.

Izzy Says: He's been impressing the socks off of absolutely everybody. He's such a Casanova!

yergurl - I WANT TO SEE U AGAIN

Izzy Says: A new fave for me. Lots of hype for this girl, I can hear it playing at the end of a coming of age movie.

Izzy Says: He made this whole thing in one day off school! Khalid vibes again - I reckon that's a huge trend this year.

Sounds Like: Clubs he's definitely not allowed to go to yet.

Izzy Says: He's already been in the studio with Paul Mac and PON CHO. Damn!