Hailing from the south eastern suburbs of Sydney, Australia - Above, Below formed with the immediate mindset of setting themselves apart. With a constant focus on innovation and contrast within their progressive metalcore roots, the quintuplet released their debut EP The Sowers Of Discord in early 2017. Incorporating a multifaceted blend of heavy grooves, heavenly clean sections and crushing breakdowns, the group have done well to establish themselves amongst the scene.

After a steady stream of shows & tours, having shared the stage with acts like Northlane, Chelsea Grin, Born of Osiris, Deez Nuts, Polaris, Justice for the Damned, Void of Vision & more, the band released their debut album, The Lotus Chapters, in late 2019.

Having released a fresh new 2021 single titled 'Melting Amber', the band are now looking ahead to the rest of the year and beyond.. 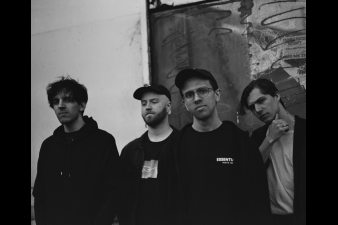 Hitting a heavy regional stage near you
More

As epic as it gets. Above, Below has achieved orbit with this dark and theatrical heavyweight track.

As epic as it gets. Above, Below has achieved orbit with this dark and theatrical heavyweight track.

Stonking heavy goodness. Saw these guys just dropped a record on us too!

Stonking heavy goodness. Saw these guys just dropped a record on us too!