Hailing from Hamilton, country Victoria, Salt gained attention in 2011 following the release of his debut record Dearest Stranger. Lead single "Fear & Loathing" garnered support from triple j Unearthed, where he became a 2011 Unearthed High finalist before earning a slot at Parklife Festival. He followed his debut with a succession of EPs before the release of his sophomore album Wilson Street in 2015 and his 2017 single "Glass Plains" which featured Alex Lahey on sax.

In 2017, Salt joined Melbourne-based producer Flamingo Jones to form the tropical dance-duo Juno Disco. In 2019 they released their debut self-titled EP and toured nationally with Luke Million and LEISURE, before appearing at St Kilda Festival in 2020.

Salt was preparing to play the violin for Gordi at her Sydney Opera House album launch until travel restrictions upended his appearance. If his track record is anything to go - we should expect a plethora of musical offerings and unique performances alongside our countries most endeared in the years to come.

Talented young Victorian muso Albert Salt was one of our 2011 Unearthed High finalists and now a Parklife Comp winner - catch him on The Atoll stage at Parklife Melbourne, this Saturday 23rd September.

I was brought up as a classical violinist and pianist in Western Victoria and had no real exposure to any different types of music apart from the occasional song from the charts. When I started high school in Melbourne, I became very interested in Jazz and 'contemporary' music, I started improvising and started composing some really crap stuff. I remember watching Baz Lurhmann's 'Romeo + Juliet' and hearing the song 'Talk show Host' by Radiohead, I was obsessed with the song for so so long. It was Radiohead that really influenced me and made me start singing in my recordings, and I haven't looked back.

You are one of the winners of our PARKLIFE competition and will be playing PARKLIFE in Melbourne – what are you hoping to gain from the experience?

I still find it incredibly hard to believe that I'm playing! Really I'm just hoping for as much exposure as possible and that people will enjoy the show and my music.

What can PARKLIFE punters expect from the Albert Salt live show?

Keyboards, Percussion, Vocals, Violin, Drums and a Laptop. It's going to be the first show I'll be playing with more than 2 people on stage. I'm luckily enough to be joined by Annabelle Hayes (Vocals) and Lachie Bubb (Drums) At this rate I might eventually get a band...

You were also an Unearthed High finalist – what a year? What else has been going on behind the scenes for you this year?

Yeah, I was just talking to a friend today how if someone told me that this was all going to happen this time last year, I wouldn't have believed them. This years main focus was releasing my album 'Dearest Stranger' back in May. It took about a year to finish so I'm glad that it's finally out there. Annabelle and me just got back from the 'Kingdom of Little Empires' gig up in Brisbane where we played with Snakadaktal, Danika Smith and Stonefield, was such a fantastic day and heard some really impressive live music.

Well I'm currently working on EP to follow up 'Dearest Stranger' and I'm going to release that at the start of next year, and I'm also working with film maker James Vinson by doing some film scoring on his short films coming up 'Cold Showers' and 'Abraxas' and then a web series thats going to be done next year which I get to make a little cameo in! 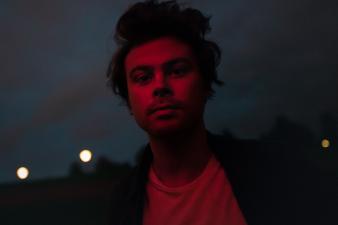 Congratulations to our 2011 Parklife winners!

These five lucky acts will be taking the stage at Parklife 2011!
More

Oh how sweet is this from Albert? Warm and full of feeling - I can't help but be buoyed by it.

Oh how sweet is this from Albert? Warm and full of feeling - I can't help but be buoyed by it.

i'm loving these latest offerings from albert! you've doubled down on '25' with a really personal and genuine feel to this suave, twinkling winner.

i'm loving these latest offerings from albert! you've doubled down on '25' with a really personal and genuine feel to this suave, twinkling winner.

Such a beautiful track Albert, your arrangement really shines - I'm a total sucker for a strong piano melody!

Such a beautiful track Albert, your arrangement really shines - I'm a total sucker for a strong piano melody!