'You Don't Think You Like People Like Me', 'Let's Go Out' and 'Air Mail' were produced by Oscar Dawson (Holy Holy, Ali Barter) and are the first taste of her debut EP titled 'B Grade University' due out August 2016.

Melbourne's Alex Lahey is your triple j Unearthed Feature Artist this week. Already named as one of triple j Unearthed's artists to watch in 2016, her incoming debut EP (recorded with Oscar from Holy Holy) has us all sorts of excited.

I've been playing music my entire life and really started taking it seriously when I picked up the saxophone at 12 years old. I played in big bands all through high school and went to uni to study a jazz degree. I was always writing songs through high school as a means of teaching myself how to play guitar, and found when I got to uni that my ear was more attuned to appreciating a great song rather than a gnarly bebop lick - I was listening to way more Carole King than Charlie Parker. So, I dropped out of my degree and to focus more on writing songs. Oscar Dawson who plays in Holy Holy has helped me bring my songs to life with his incredible production skills. Funnily enough, he also didn't finish the exact same degree as me. And here we are.

My lyrics tend to come from interactions I have with other people. I'm big on communication - I like to talk things out - so a lot of the words in my songs happen to be directly taken from conversations I've had. Musically, I get inspired by melody and groove. There's nothing better than hearing a song where there's a sweet chord change or melodic idea that makes you go "what the hell was that? I need to know!"

Coopers Sparkling, Bruce Springsteen-style count ins, fuzz pedals and a drummer who cries whenever he watches 'School of Rock'.

My friend's dad tells me "fortune favours the prepared mind", which I'm pretty sure is a Louis Pasteur quote. Basically, I interpret that to mean even if you're feeling you're not producing the best output at a particular time, you're preparing yourself and your skills to create something you're really proud of down the track. Another friend of mine has a similar piece of advice, which is to "sift through the shit", but I don't really like the visual that suggests... Let's stick with the Pasteur one.

'Our Place' by Verge Collection

'Can We Work It Out' by Gordi

'She's So Fine' by The Easybeats

I don't know if this counts, but I went to see Alvvays while I was in Sydney the other weekend and they were incredible. I referred to their music a lot while recording my EP. I know Alvvays aren't a local band, but Major Leagues opened and they were just as good. Great songs, great chops, great night.

I'm really lucky to be part of a community that inspires me so much. My friends Eilish Gilligan and Greer Clemens both play in a brilliant band called Frida and have their own solo projects. I froth on the feedback I get from them when I show them new songs or mixes. Kate Duncan is the creative producer of The Push Inc and works to give young people opportunities to learn about playing/putting on gigs, being in the studio and releasing music - she's an amazing person who has been looking out for me since I was a bub. My best friend Ollie Whitehead plays sax in Animaux with me and has a sweet new project on the go, which will be excellent. Every time I go into the studio with Oscar, I come out a better musician and writer. Also, shout out to my manager, Leigh. Hey Leigh! 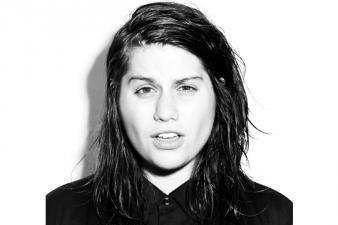 Another charmer from Alex.

Another charmer from Alex.

Everything about you is great, from your voice that can carry wide emotional range, to the affable real-talk in your lyrics. You're the best. That is all.

Everything about you is great, from your voice that can carry wide emotional range, to the affable real-talk in your lyrics. You're the best. That is all.

among what im imagining is an incredible few days in your life, let's not forget that this newie is another winner. you're gonna have a legion of fans after this hook gets permanently lodged in a lot of noggins.

among what im imagining is an incredible few days in your life, let's not forget that this newie is another winner. you're gonna have a legion of fans after this hook gets permanently lodged in a lot of noggins.