Arts Martial play hook laden rock tunes. Their debut album 'Promises Will Get You Nowhere' dropped in November last year and included triple j Unearthed track 'Running'. After touring nationally with Calling All Cars, they've since gone on to play summer festival favorites Big Day Out and Southbound. Having recently returned from a successful BIGSOUND and national run of dates to showcase new material the band have just released a new double A side single with Fruity Loops and The Devil in Me. Recorded this time in there own studio the tracks were mixed by Andy Lawson (Rainy Day Women, Little Birdy, End of Fashion).

If you're bound for SOUTHBOUND then be sure to get there early this Saturday 7th Jan to catch our competition winners ARTS MARTIAL. The punchy pop-rock of this Perth 4-piece will open the Share stage at 11:15am.

We weren’t really set out on a specific sound though we would definitely be influenced by a bloc party, strokes kind of vibe. We all grew up together but had a fairly diverse taste of music between us. I guess our initial sound came from a mash of genres that we were into and what sounded good together in those early Jam sessions. From there we've just been having fun jamming, writing, playing live and making the most of it. There's both a rock and pop side to our sound. We just spend a solid chunk of 2010 demoing and recording our debut album with Tom Larkin (Shihad, Calling All Cars), which has seen our sound evolve again...

You’re the winners of our SOUTHBOUND competition. What can SOUTHBOUND revelers expect from the Arts Martial live show?

Really excited to be playing Southbound! We love playing live and getting sweaty on stage. We have been buried in the depths of recording for the past 10 months so we are biting at the bit to get out there!

What are you most looking forward to about SOUTHBOUND? Who are you psyched to see?

Definitely Arctic Monkeys. Big fans! Regurgitator playing UNIT will definitely be a highlight, Fleet Foxes.. too many to mention! Will be good to see Arji Barji cracking some jokes also. Just looking forward to the weekend as whole. We are on stage early Saturday so we will be able to indulge in the southbound festivities.

Bands like Jebediah, Gyroscope and Karnivool bands definitely inspired us as we were growing up. Venues like the Indi Bar, Rosemount, Amps and even the old Grosvenor Hotel really helped set the mood over here for bands and the community alike. There is always a lot of great music coming out of Perth in all genres.

Releasing our debut album and doing some tours! 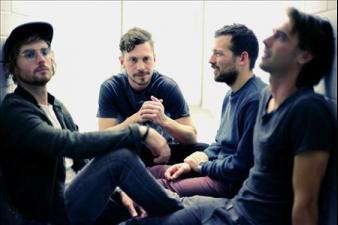 With an ever-present illusion of effortlessness, Arts Martial deliver their music with such precision and weight that everything they do, even a breezy feel-good song like Running, has an edge to it. Some beef.
More

Love the drums on this tune. In fact, percussively it's all gold. Warm pop sounds, heartfelt singing, beautifully recorded, another winner. Nice one.

Love the drums on this tune. In fact, percussively it's all gold. Warm pop sounds, heartfelt singing, beautifully recorded, another winner. Nice one.

You've got your niche and you're doing it damn well. Solid track.

You've got your niche and you're doing it damn well. Solid track.