You can be the judge

Representing Sydney's South West, rapper B Wise picked up the triple j Unearthed opening slot for the Sydney Listen Out and is the Feature Artist this week.

I would like to say my music is a progressive sound for hip hop in Australia. Its really important to me to try and be unique where I can so I practice just being myself. Believe it or not, just trying to be yourself and not influenced by others takes a lot of practice!

Real life, experiences past and present and hearing NEW ground breaking music that can't be labeled by one genre.

What can punters expect from your live show at Listen Out?

Without giving too much away, early arvo sweating, energy and you will definitely leave having got to know the random person next to you!

"Creatives that tend to do exceptionally well don't try to follow the trends of whats going on in the world, they set the trends by bringing the people into their own world" - Dumi Oburota.

The Preatures - Is This How You Feel.

John Farnham - You're The Voice.

You're the DJ at a party. The dance floor is pumping. What local tune do you put on next?

Hau at Gingers in Sydney. Was a really cool intimate crowd, with a dope support by Yum Yum.

There are so many varieties and qualities now days in the Sydney scene that I admire. Im a big fan of acts like Spit Syndicate who been holding the Sydney rap scene down for a minute and still continue to grow their brand as musos and as a business. On the opposite side you got acts like Kerser who just do their own thing online, appeal to their own fans and have such a cult following and are able to provide a living for themselves and their team by not having to rely on mainstream vehicles of distribution.

Get my ass on the road and play shows around the country while finishing my debut album! 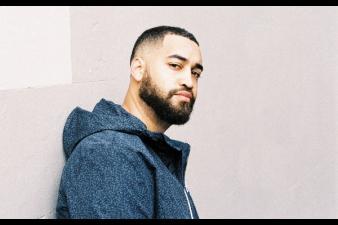 My favourite Wise tune thus far. I feel 2016 is going to be a great year for the Sydney MC. Gwaan, rudeboy!

My favourite Wise tune thus far. I feel 2016 is going to be a great year for the Sydney MC. Gwaan, rudeboy!