Conceived from a love of early 80's boogie funk and disco, Bastian's Happy Flight is the declaration of founding member Will Slade's obsession with a style of music full of a positive feeling and energy. After Slade spent too long alone behind the decks and in front of cumbersome computer software he reached out into the ocean of Perth musician to hand pick a band comprised of classmates, old pals and strangers befriended at a distant dance festival. The result is Bastian's Happy Flight; Will Slade (vocals/keys/synth), Jack Doepel (synth/bass/saxophone), Alex Dew (guitar/ back-up vocals), Troy Mutton (drums), Tom Allum (pads/ percussion). The band started rehearsing in 2010, with their first gig at the Norfolk Basement (still among their favourite places to play). In the resultant years BHF have supported such international and Australian acts as Jaques Renault ( USA), POND, Snakadaktal and Does It Offend You Yeah? (UK) as well as playing slots in such festival line-ups as Summerdayze, Parklife & Southbound. In 2011 they won a WAM award for best Electronic song with their first single 'My Love'. They were also nominated in 2012 for Best Dance song, Best Pop Song, Best Guitarist and Best Keyboardist/ Multi-instrumentalist. Their first EP, 'EP01' was recorded around Fremantle with producer and friend Matt Giovannangelo and released in June 2011. Interest for the recording outside of Perth led to an electronic re-release with UK label Mullet Records almost a year later. Their second EP is set to be released mid 2013. Despite obvious references to decades past in both their sound and band name, BHF offer a very unique energy to their recordings and live sound, both very separate entities to them. Sans backing tracks, plug-ins and flimsy gimmicks, BHF breaks the mould of electronic music with their emphasis on honest live music played with indefatigable energy and exposed hearts, without the pretence and sense of irony much beloved by many music makers. Think of it as the upbeat soundtrack to your life. 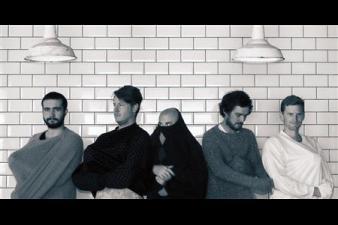 Got an Eric Clapton - Lethal Weapon 2 OST vibe going on here. Like.

Got an Eric Clapton - Lethal Weapon 2 OST vibe going on here. Like.

This is incredibly smooth stuff and it's so well produced as I've come to expect from the Bastian boys. It fits somewhere between Scissor Sisters and Hall & Oates aka it's awesome.

This is incredibly smooth stuff and it's so well produced as I've come to expect from the Bastian boys. It fits somewhere between Scissor Sisters and Hall & Oates aka it's awesome.