Three is the magic number for The Cactus Channel. The ever-evolving Melbourne collective’s third album Stay A While represents a new consciousness and a decisive turning point. Unloosed from their earlier incarnation as an instrumental soul and funk band into something wilder, a little darker and heavier, the new album sees The Cactus Channel diving in deep to dreamlike soundtracks, electrifying wig-outs and woozy meditations.

The video for first single “Storefront” is a love letter to the streetscapes of Melbourne’s inner north, starring vocalist/guitarist Lewis Coleman and a host of illustrated imaginary storefronts symbolising the facades or masks that go up during a relationship breakup.

The new embodiment of The Cactus Channel flexes their classic soul and funk influences whilst expanding their own songwriting along psychedelic paths, adding weight and substance to their melodic and rhythmic axis. There were signifiers along the road; a boundary-splintering EP with Ball Park Music singer Sam Cromack last year, following a 7” single collab with Nick Murphy, released as The Cactus Channel feat. Chet Faker. These outings were a glimpse of the alchemy of adding vocals to the band’s typically intuitive, instrumental arrangements. And now with the band’s own Lewis Coleman stepping up to the mic, a vocal dimension has become part of The Cactus Channel’s fully formed, signature sound.

Looking back to when The Cactus Channel formed in high school, united by shared interests and a shared sense of humour, they were always set to walk this new path. A love of soul music and the kind of hip hop, jazz, and alternative releases that spring from it, meant that from the beginning The Cactus Channel have prided themselves not just on eclecticism, but on the constant sharing of influences among their members; exploring new influences and sonic territories. 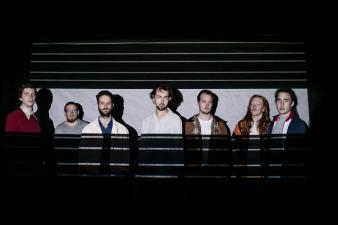 Congratulations to our 2011 Harvest Festival winners!

Just gonna let this wave of psychedelic, funk and soul crash alllll over me. Ripping stuff.

Just gonna let this wave of psychedelic, funk and soul crash alllll over me. Ripping stuff.

Oh, man, makes me want to couch surf. And I don't mean crash on a mate's sofa. I mean take an armchair to the beach and get pitted.

Oh, man, makes me want to couch surf. And I don't mean crash on a mate's sofa. I mean take an armchair to the beach and get pitted.