For close to a decade Capital B aka Brad Watt has been behind the 1’s and 2’s mixing, juggling and scratching his favourite music.
Brad’s love for mixing started in high school watching videos of DMC sets during class. Initially inspired by the likes of A-Track, Q-bert and Mix Master Mike. Capital B has found himself drawn to rinsing Funk Soul House and everything in-between. It wasn’t long before he had started producing his own tracks, following what he has learnt from his mentors and idols. In 2015 Capital B was chosen to play at the Bendigo Groovin The Moo as an unearthed winner. He then finally released his first official single “Around The Universe” in June 2017 and plans to release more music in 2018. 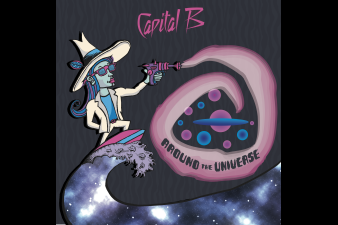 A round of applause to Fountaineer, Sam Wright, Yours Alone, Coda Conduct, Timberwolf, and Said The People who'll open up GTM in their hometown!
More
Download the triple j Unearthed app: