Since his teens, Tasmanian songwriter and performer Carl Renshaw has been developing his craft; in turn flourishing into one of the state’s most promising young artists.

His fusion of psych-rock and alt-pop influences have led to some inspired moments of new music and as he heads into 2021, Renshaw is ready to show off his latest steps of creative evolution.

With Australian psych music currently standing strong as one of the country’s most respected and popular genre exports, Renshaw’s emergence as a formidable presence within this community is both fitting and promising. His sound is fresh and urgent, while the delivery of it is exciting and fun.

The love Renshaw has for this sort of music and his approach to music as an art is a pure one, one listeners can hear come through seamlessly on his 2021 EP Carousel Hell.

Vivid and colourful, and full of charm, the EP is a great gateway for newcomers to Renshaw’s sound but for those who have been following him from the beginning, it’s a fitting touchstone for this point of his career.

Having received industry support early on from the likes of Triple J and Triple J Unearthed - Renshaw becoming an Unearthed High finalist in 2016 and 2017 - and has supported the likes of Tash Sultana, Wolfmother, Lime Cordiale and Northeast Party House since. 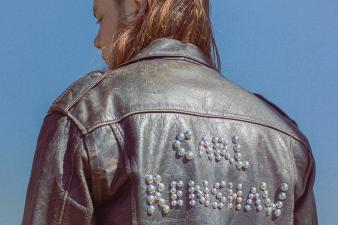 carl has emerged from the spinning daze and delivered a bouncy, psych pop wonder on this new one!

carl has emerged from the spinning daze and delivered a bouncy, psych pop wonder on this new one!

Lime Cordiale had they grown up the Perth scene next door to your faves like Pond and Methyl Ethel. Kooky and correct.

Lime Cordiale had they grown up the Perth scene next door to your faves like Pond and Methyl Ethel. Kooky and correct.