They Are The Best

There’s nobody in the world doing what Coda Conduct does. Sydney rappers Sally and Erica have been dropping jaws with their quickfire flow, tongue-in-cheek brand of humour, and razor-sharp wit.

Originally from Canberra, they now reside in Sydney, and are fast making a name for themselves with their cheeky, fast-paced, intelligent lyricism. Boasting a self-assured presence on-stage, the duo continue to tour Australia, gaining fans in every city they visit. Recent gigs have included supports for Charli 2Na, Citizen Kay, Thundamentals, Pharoahe Monch and Tkay Maidza.

Their quick wit and engaging personalities have seen them take up the role of regular presenters on triple j, hosting Weekend Arvos and filling in on flagship shows Breakfast and Drive. They previously hosted FBi Radio's weekly hip hop show, What's Good.

With each single gaining new acclaim, these ladies are the act you’re going to be name-dropping in 2018.

Hip hop duo Coda Conduct are one of the winners of our Groovin The Moo competition and will be bringing their high energy live show to Groovin The Moo in Canberra this Sunday, May 3rd.

Read Interview
Tell us about your music. How did you develop your sound?
E:  We make hip hop.  I think we developed our sound by listening to a lot of hip hop, but it kinda just sorta... happened one day.  We decided to start rapping, and it sounded like this.
S:  We make music we like, I guess.  We tend to make each other laugh with our punchlines, or impress each other with a cool flow, and if other people like it too that’s awesome.
What’s your greatest source of inspiration for making music?
S: I’m a very competitive person.  So I get jealousy-inspired by other artists – especially other Aussie hip hop acts – who raise the bar and put out something dope.
E: We’ve got this theory that creative people are like big sponges.  You soak up something - an amazing gig, a good book or conversation with a friend, and then when you’ve got enough inspiration you wring yourself out on your own project. Recently a lot of my soaking has been from fellow Australian musicians making ballin' music.
S:  Yeah, and urban speculative fantasy novels about bionic cyborgs.
You’re one of the winners of our Groovin The Moo competition. What can punters at Groovin The Moo in Canberra expect from the Coda Conduct live show?
S: We get the goofiest grins when we’re on stage, so you can expect teeth.  This is also our first ever festival appearance, so we’re hoping all our cardio rap training has paid off – we run around a lot.
E: Tonnes of energy! And a double-dutch skipping rope with our mic leads. And our DJ is going to scratch with his feet.  I guess you can just expect to have a tonne’a fun.
What’s the best advice you’ve been given and who was it from?
S:  I give myself really good advice.  Like, the other day I told myself to remember to say thank you.  That’s really good advice.
E: My mum once told me “Eri, guests are like fish. They both go off in three days.”
What Australian track would you play to cheer up someone who was crying?
E: The Chariot, by The Cat Empire.  Or Australia Street, by Sticky Fingers.
S:  Affirmation, by Savage Garden.  Or Crash and Burn, by Savage Garden.  Anything by Savage Garden.
E:  Girls Like That!  Custard!
S: Dumb Enough, Hilltop Hoods.  Can’t cry to that.
What Australian track would you play to someone to make them cry?
S:  There’s this little interlude on Jimblah’s album Phoenix, called Lovebirds, that always gets me.  That whole album makes me cry, it’s beautiful.
E:  How To Make Gravy – Paul Kelly. Gets me every time. And Out of the Blue, by Joelistics.
You’re the DJ at a party. The dance floor is pumping. What Australian track do you put on next?
E:  Go Figure, by The Ansah Brothers.  If you’re not on that train yet, GET ON IT BECAUSE IT’S LEAVING WITH OR WITHOUT YOU.
S:  Red Shift by Jayteehazard.  Banger.  Shit-lose-worthy banger.
What was the last local gig you went to? How was it?
S:  We both went and saw our fellow Canberra killers the Brass Knuckle Brass Band at Spring Street Social last week. They were awesome.
E: Yum Yum were supporting, and they’re also amazing.  We were front row and Sally nearly cried because she enjoyed it so much.
S: Yeah, I had a really sore face the next day from grinning like an absolute maniac all night.  And I was sober, almost.
Tell us about the bands or people in the ACT music community that inspire you.
E: We’re in a crew called Capslock Collective, and they’re a constant inspiration to us. It’s so cool seeing every member working so passionately. The entire hip hop scene is buzzing in Canberra right now – there’s too many names to shout but if you head over to our Unearthed profile we’ve got a huge list of ‘artists we like’.
S: There’s also heaps of people making things happen behind the scenes - Jem Natividad, who books Transit Bar, Hayds from Words Eye View who’s working on the Patty Mills documentary among other things, and all the visual and streetwear artists like Stitch Apparel, Sancho, Houl and Abyss holding it down.  The ACT is killing it.
What are your plans for the rest of 2015?
E: To keep learning and progressing as an artist. That’s a big goal for me.
S: Yup. Get a new release happening and crank up the heat on our live show.
E: Also pretty damn keen to keep collaborating with crazy talented people.
S: Oh, and Grammys. Lots of Grammys.
View Profile Hide Interview 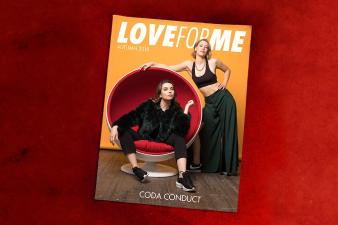 A round of applause to Fountaineer, Sam Wright, Yours Alone, Coda Conduct, Timberwolf, and Said The People who'll open up GTM in their hometown!
More

A shit hot anthem of self love that is about to go off chops at Groovin The Moo. 5 stars.

A shit hot anthem of self love that is about to go off chops at Groovin The Moo. 5 stars.

Owning strutting down the street to this banger. Hot DAAMMMNNNNN girls.

Owning strutting down the street to this banger. Hot DAAMMMNNNNN girls.

I love me more for loving this. nek lev for you guys. Love it.

I love me more for loving this. nek lev for you guys. Love it.