" It all started in January 2009 with John. He had some groovy music inside him just waiting to get out. Then Jane and Dan came along with keyboards and a bass. A little later Liz decided to bless the group with her synth and live percussion skills. The Convaire family was now complete. We hope to get you dancing. Liz and Jane love it when you bob your heads and get into the groove. John and Dan love it too, but they're boys so they don't say it as often. " Sydney indie-pop four piece Convaire of John Towey on guitars, sisters Liz and Jane Slattery on keys and Dan Talbot on bass, combine male brashness tempered by the subtleties of youthful femininity. Inspired by the music of Talking Heads, Friendly Fires, Phoenix and other pop-friendly artists, Convaire have already graced many of Sydney’s popular venues and are set to play shows in Brisbane in August. Convaire’s March release “Hey Say Hey” of some of their older tracks on German netlabel Modularfield will be followed up by the band’s official EP available in early 2011!

Sydney indie-pop four piece Convaire combine male brashness tempered by the subtleties of youthful femininity. And they're our pick for Sydney Parklife!

Most of our songs start out as simple ideas on laptops and drum machines with one of us playing with synth and drum sounds until we come across something we like. From there we all get together and try and work on them, bringing in different ideas and parts until they're a full song. It's a very eclectic process, if not a little unconventional as we don't get together and jam out ideas like other bands - more often than not we end up recording a song before we can play it live together.

Tell us what the Parklife audience should expect at your show?

Big synth sounds and lots of hooks. More then anything a whole lot of fun.

Who are you most looking forward to seeing at Parklife?

So much to see and so little time! You can't go wrong with The Dandy Warhols, New Young Pony Club, and Delorean. It will be really interesting to see Kele do his solo thing as well.

We're really excited to be launching our first official single 'Gate Track' this Wednesday at Spectrum (Sydney)! At this stage it looks like we are going to release our début EP within the next 6 months with maybe another single before summer. We've been doing some remixes for some great local acts so hopefully there will be more of them in the pipeline. Other than that we hope to play plenty of shows over the summer. 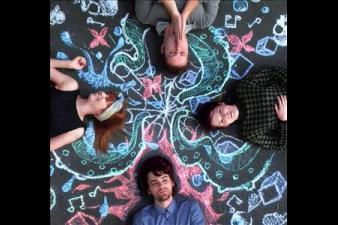 Congratulations to our Parklife 2010 winners!

These guys will be getting the party started in their state.
More

Like their influences but more importantly liked this song. The vocals are on the money.

Like their influences but more importantly liked this song. The vocals are on the money.