Coming from Petersham in Sydney's Inner West we have been making electronic music for the last 3 years on ableton. Cosmo made a chillout remix of Lykke Li's 'Little Bit' at midnight, consequently the name Cosmo's Midnight was born. All our more experimental, chillout, instrumental hip hop tunes are now under Cosmo's Midnight.

Sydney production duo Cosmo's Midnight are one of the winners of our Listen Out competition. They'll be opening the 909 stage of the festival this Saturday, September 28 at Centennial Park, Sydney.

We started off making cheap imitations of the music we like at the time; Justice, Deadmau5, Bagraiders, Phantoms Revenge. We loved that stuff and we just did it for fun, we never thought music would get to the level it's gotten to. At some point we decided we had to change our sound if we were going to be taken seriously. Coincidently we were listening to some pretty cool stuff at the time that led to us making the stuff we do today. People like Flylo and Purity Ring, just to name the main influences.

You’re one of the Sydney winners of our Listen Out competition and will be playing the festival at Centennial Park on Saturday, 28 September. What are you most looking forward to about Listen Out?

Seeing the amazing acts that will be playing. We love Disclosure and TNGHT respectively they're all amazing song writers and have hit that perfect level between staying true to a genre and original, but also having pop sensibilities that make them so viable in the mainstream.

What can the crowd at Listen Out expect from the Cosmo’s Midnight live show?

A brand new live set. We've got heaps of new tunes for Listen out and we're going to be playing some of them for the first time. Should be pretty cool.

Tell us about the bands, producers and people in the Australian music community that inspire you?

More singles...maybe a free EP, some more shows and lots of producing in the bedroom. 2014 is going to be a sick year and we've got to prepare for it. 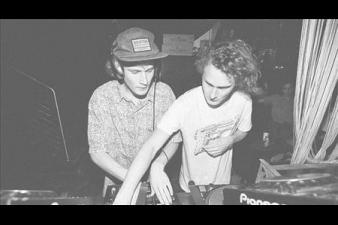 Congratulations to our 2013 Listen Out winners!

We're stoked to announce that producers Rattraps, Cosmo's Midnight, Sable, and friendships will be stepping out of the bedroom and on to the Listen Out line-up.
More

Hot smokey lava of a tune! Cosmo and Pat keep smashing each new production and it makes you wonder just how big they're gonna go in 2014.

Hot smokey lava of a tune! Cosmo and Pat keep smashing each new production and it makes you wonder just how big they're gonna go in 2014.