It would not be a good idea to trust Daniel Lee Kendall. He’s tried to change his name at least 6 times, and you should never trust someone who does things like that. It’s just too confusing. Thankfully, in all of the history of music, a name has never influenced whether music was worth listening to or not. Shakespeare said that.

Daniel Lee Kendall is a young singer-songwriter from the Central Coast of New South Wales.

It started with me mucking around making some dicky little beats on GarageBand, and one day I figured out how to record my voice. I found the song writing process started to come alive for me once I was able to write and at the same time create all the instrumentation too. Rather than just trying to write a whole song solely on the guitar. I wasn't great at that… I saw Angus and Julia Stone one time at this little restaurant that only held 100 people, and was blown away by their honesty and simplicity, and watching them just being themselves. Best gig I've been to by far. I was so inspired and it really sparked something in me. I started approaching song writing with a fresh perspective. I wasn't over thinking the process, or trying to be too clever, or trying to write the 'perfect' song, more just trying to capture a moment. Whether an emotion, an incident, or just whatever was going through my head... So my songs are kind of just a sneak peek into my life. Like a diary in musical form. Maybe I could do a musical?

At the moment it'll be me on my lonesome, singing with my lovely lady friend (my guitar). I'll also dabble in some electro beats. Some call it folktronica which I quite like (GarageBand will always have a place in my heart).

Tell us about your hometown Bensville…

Bensville is great. So much so that some people who live 10 minutes away have never even heard of it! Ha. But it's got everything you need really: A wharf, a playground, a shop that never opens… Maybe that's why I started making music. I actually don't live there anymore, but we'll pretend that I do because it would be a horrible waste to have Bensville in the question and not talk about it.

"The life and times of DLK." It's a musical I've been planning for a while now. No. That would be silly. Seriously? There will be an EP coming out soon which will be great, and hopefully plenty of shows to go with it. So that'll be fun. I've also got heaps of songs spinning around my head and on my computer, so I hope to get things rolling, and do an album asap!

Genius. I was just in the car with my sister and we put on a shuffle mix and we realised that all the songs that were being played were by Australian artists. We were so impressed with our country for making such good music, and so much of it! I love Aussie music. 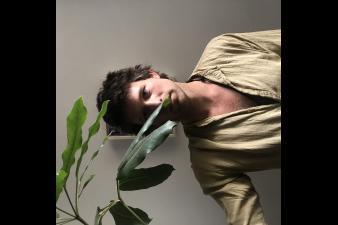 Those guitars and sounds are so striking - leaves me feeling a little uneasy. But that feeling glides along really well to those words.

Those guitars and sounds are so striking - leaves me feeling a little uneasy. But that feeling glides along really well to those words.

daniel's always had a way with words and there's such a textured beauty to this new one.

daniel's always had a way with words and there's such a textured beauty to this new one.