Dianas are Caitlin Moloney, Nathalie Pavlovic and Anetta Nevin, originally from Perth and now firmly planted in Melbourne. First appearing on the live circuit in their hometown in 2013 with freshly learnt instruments and a handful of garage pop songs aptly titled EP #01, the trio’s naive yet intricate sounds instantly garnered attention from fans and local radio alike. After releasing a second EP and a couple more singles to an ever-growing fan base, selling out their own headline shows in Perth, supporting acts including Thee Oh Sees, Alpine, Dick Diver and Abbe May and being awarded the coveted triple j Unearthed slot at Laneway Festival Fremantle in 2014, the band released their debut full-length album to eager ears in mid 2015.

Following album release, Nathalie relocated to Melbourne to pursue a career in sound production, resulting in a brief hiatus for Dianas. It didn’t take long for Caitlin to follow her over east though - aching to start playing again, the band recruited fellow Perth expat Anetta to take over the reins on the drums and together have started writing and recording brand new material. The past six months have seen the band dive right back into the live game, having played their first gig in Sydney for Gusher Magazine, a coast-to-coast tour in December playing to a sold out room back home in Perth, and plenty of their own shows in Melbourne.

Dianas are Nathalie, Caitlin and Ashley. United in 2012 the trio have been cultivating their unique brand of dark and dreamy, DIY-pop sounds outta Perth ever since.

Our sound has developed quite a bit just through playing together and getting better at our instruments. Certain things like the lack of hi-hats and lots of toms in the drumming have arisen simply out of necessity; we didn't actually own any hi-hats in the beginning and now we've become attached to Ashley's jungle woman drumming style. The double vocals probably have as much to do with taste as with neither of us wanting to be a lead singer, and the melodic, intertwining guitar and bass lines from neither of us being a "real" bass player. Pretty much we just do whatever we think sounds good and are hopefully evolving musically with each thing we do...

What can punters expect from a Dianas live show?

Drums like a runaway train, awkward banter and instrument swapping that doesn't quite go smoothly.

The Saints 'Stranded'. Beaches 'Send Them Away'.

Rowland S. Howard 'Shut Me Down'.

Kylie Minogue 'I Should Be So Lucky'. Flower Drums 'Birthday Girl'

Runner + Antelope + Place of Indigo instrumental show at The Bird. They were all very musically amazing and the lack of vocals wasn't lacking at all.

Two new favourite Perth bands are Kitchen People and The Pissedcolas who have been playing a fair few shows together alongside more established acts such Laurel Fixation, Shit Narnia, Aborted Tortoise and Catbrush. They seem to have developed a special (non-exclusive) kind of scene on their own. I think the most outstanding common thread between these bands is their emotionally earnest approach of writing and playing. The Perth music community is pretty inspiring in general :)

Write some new songs and record an album. Pretty classic band things. Hopefully play some shows in other cities! 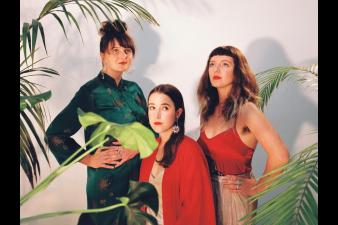