"Connecting melodies that gracefully fall into each other so effortlessly; it all becomes one intertwining melancholy masterpiece as the listener, becomes lost within" - Music Feels Better Together

A.D.K.O.B are one of the winners of our Laneway competition and will be playing the festival in Sydney this Sunday, Feb 7. We asked them what we should expect from their set, they said "you're going to want to dance...".

Read Interview
Tell us about your music. How did you develop your sound?
It was just a natural reaction to my situation at the time. I was in a couple of other bands which I loved but I felt I had a lot of ideas I just couldn't fit anywhere, so I just had a go at recording them alone. What was supposed to be a mere experiment became a project of its own pretty quickly.
What’s your greatest source of inspiration for making music?
I suppose other music. But really, inspiration comes from every facet of life. Most of my ideas come of their own volition, often when I'm nowhere near an instrument so I have to record voice memos of me beat boxing or whistling, often in the most public and embarrassing places possible.
You’re one of the winners of our Laneway competition. What can punters at the Laneway fest in Sydney expect from the A.D.K.O.B live show?
You're going to want to dance, we are going to want to dance, it doesn't work as well if everyone just stares at us. I think we can get the early birds moving.
What’s the best advice you’ve been given and who was it from?
A friend once said that talent doesn't exist, and everything comes through hard work. It's a common one but I refer back to it a lot.
What Australian track would you play to cheer up someone who was crying?
Wide Open Road by The Triffids - it's melancholy but there's a light at the end of the tunnel: "now you can go anyplace that you wish to go"
What Australian track would you play to someone to make them cry?
Wide Open Road by The Triffids - as I said, the subject matter and instrumentation is melancholy as it gets.
You’re the DJ at a party. The dance floor is pumping. What Australian track do you put on next?
Wide Open Road by The Triffids - hence why I have never been invited to DJ anywhere.
What was the last local gig you went to? How was it?
I guess it was our rarefinds show at OAF, YEEVS and BADPONY also played. The crowd was amazing, the place was packed and the bands were awesome. It was a cracker; live music in Sydney is nowhere near dead.
Tell us about the bands or people in the Sydney music community that inspire you.
Patrick Delohery from a little band called "Disgusting People" - he changed the way I write and look at music. A talented songwriter and a very intelligent man.
Also Matt Amery, the songwriter for Tin Sparrow and Alan Smithy. He's one of my oldest friends and is wise beyond his years. He's always been my go-to for advice when it comes to current musical climates in oz, and has just been a great pal.
What are your plans for 2016?
Release a lot more music, tour like mofos and just try to enjoy the ride while it lasts! We are experiencing a small run of success at the moment and you never know when it's gonna end. So I guess we keep working hard and just enjoy it!
View Profile Hide Interview 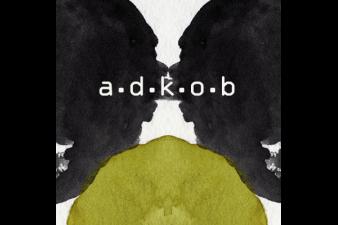 This is super catchy, and takes you on roller-coaster off feels!
The melody is brilliant!

This is super catchy, and takes you on roller-coaster off feels!
The melody is brilliant!

Reaaaally enjoying this 1. Every time I hear it I seem to say that out loud so I thought i should tell you!

Reaaaally enjoying this 1. Every time I hear it I seem to say that out loud so I thought i should tell you!

By the first bar this track had grabbed me, pulling me in for the duration. A real standout

By the first bar this track had grabbed me, pulling me in for the duration. A real standout