the Hives, The Datsuns, The Ramones

the Darkness, ac/dc, The Raconteurs

Dirty Little Rebels formed early 2010, residing in the quiet coastal town of Port Macquarie on the Mid North Coast. We are all about creating kick ass rock n roll. We've had the good fortune to play FotSun 2011, laying down one of our tightest sets ever, as well as being the opening band on tour up the Mid North Coast with Grinspoon and Redcoats on the 2012 new year. http://www.facebook.com/pages/Dirty-Little-Rebels/124078544326458?ref=hl shows 21st- Brighton Up Bar (Oxford st) w/Them Bruins 22nd- Annandale Hotel w/Something with Numbers+Thieves Debut Ep "Dirty Revolution" now available on Itunes and Spotify

The high energy rock'n'roll of Port Macquarie youngsters Dirty Little Rebels has won the leather-clad trio a spot on this weekends Festival Of The Sun at Sundowner Breakwall Tourist Park, Port Macquarie.

We have always been heavily driving by bands such as The Hives, Datsuns and The Darkness, and feel that we have a mixture of that fast Swedish punk, Heavy rock’n’roll and long glam-rock solos that all those bands display. It also started as a Jam out that we would have once a week then turned into a set that we would play around town at charity and council gigs and eventually ended up getting support shows in Sydney for bigger bands that would usually fill a room, and its an awesome feeling.

You guys are pretty young, do you miss out on playing a lot of gigs in overage venues?

There is one venue in our hometown Port Macquarie that we can’t play (The Macquarie Hotel) but other than that we have had no problems down in Sydney. A conjunction of signed forms and guardians usually fixes the problem.

When a sound tech asks us to describe our live sound we use the word “loud”.

Who are you most excited about sharing a stage with at the Festival of the Sun?

It wouldn’t be fair to point out one. We have supported the Delta Riggs before and they were Awesome! We also saw the Snowdroppers at Big Day Out, which blew us away.

There are a few hardcore bands around along with our partners in crime Vandals Gone Vagabond and a couple of Indie bands that are good to play with and watch. There’s limited venues that host bands on Friday and Saturday night though. It’s more of DJ nightclub scene.

Well we have Festival of the Sun in a week, which we are looking forward to, also playing an annual promotional gig for a shoe brand on the 16th Dec in Surry Hills that in past years have been played by Delta Riggs and the Snowdroppers, and we also have four shows with Grinspoon and Redcoats Late December up the east coast.

...diverse. Heaps of styles of music pump through triple J unearthed from cultural to hardcore. And unearthed is doing a great thing for Australian music. 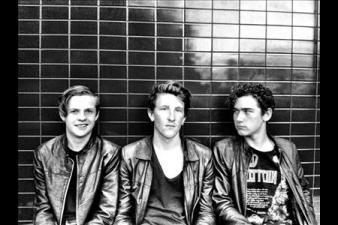 Had this little slice of furious garage rock stuck in my head for days after giving it some spins on the Unearthed station. Great to hear some muscular young indie coming out of Port Macq too!

Had this little slice of furious garage rock stuck in my head for days after giving it some spins on the Unearthed station. Great to hear some muscular young indie coming out of Port Macq too!