TOO MANY TO MENTION alternative dna d-banger

TOO MANY TO MENTION

NEW FREE MIXTAPE "Plain & Simple" - http://dna-bang.bandcamp.com DNA is a solo rapper, song writer and producer. He hails from the tropical atmosphere of North Queensland and music has been a fundamental part of his entire life. DNA first picked up a pen to write lyrics at the age of 7, being influence mostly by popular music and classic rock. At the age of 9, DNA discovered hip hop. It seemed as though it was always a part of him and was the final piece to his puzzle. DNA began writing raps when he was 10 years old, venting frustration and pre adolescent angst. He would record his raps to tape cassettes with a portable stereo system. At the age of 13, he began to write music and produce his own beats with a playstation game called music 2000 and also a electric keyboard paired with a hi-fi system. As time went on, DNA discovered technology and software for PC music recording and production. This was minding blowing for him at the time. In 2004, when DNA was 13 years old, he a close friend "Tryxtah" started the duo Blu-Tag. The pair wrote and recording music in their spare time during their highschool years and took every opportunity to perform live. Sadly, when school finished the 2 drifted apart and Blu-Tag ended. In 2007, DNA started taking his solo music more seriously. Working with SkRATCH HOUND Productions and the artists signed to the North Queensland Label. In mid 2008, DNA was admitted into the mental health unit at Townsville hospital, due to the combination of a predisposition to mental illness and drug use. 2008 was a fundamental part of his journey, and the experience changed his life forever. Later that year, DNA started work on his first offical solo album. The idea was to tell his story in a way people could understand and relate to, but at the same time getting his point across by telling it how it is. This turned in the album "The Waterfall", a title which DNA had come up with while he was sick that means a lot to him. Even after the album was done, it sat on the shelf for a while, then being released in November 2010. 2011 saw DNA shine as bright as ever. Receiving Triple J radio play for the happy go lucky tune "Life As It Is". This saw DNA be rewarded with the honer of being Triple J unearthed Feature Artist of the Week and also landing him a spot on the lineup for Townsville's Groovin The Moo Festival that year. Follow his mild success, DNA toured around North Queensland in the second half of 2011, visiting Cairns, Airlie Beach, Mount Garnet, playing festivals like Reggaetown, Essence, Full Noise and finishing it up with Whitsundaze on New Years. Over the years, DNA has played along side acts such as, Drapht, Thundamentals, Bliss N Eso, M-Phazes, Illy, Funkoars, Phrase, Mantra, Joelistics, Def Wish Cast, Bam Bam and more. 2012 saw DNA start a new project with a few mates. It is a band called "Finding Luna", and already they seem to be doing very well. Getting reviews my Triple J, and being added to the unearthed digital radio playlist. They released their first EP "Bliss City" mid year and the response has been great. Finding Luna are planning big things for the future. (check them out here - http://facebook.com/FindingLuna ) DNA also released a Mixtape entitled "Plain & Simple" in mid 2012. It is basically a compilation of tracks he has made since "The Waterfall" was released. A new release is already in the works. Facebook - http://facebook.com/DNAbanger Twitter - @DNA_HipHop Free Album Downloads - http://dna-bang.bandcamp.com Triple J - http://www.triplejunearthed.com.au/DNA1

I come from a family of musos and when I was 12 I had a game called Music 2000 that lets you make beats and pull tracks together on the Playstation. I started playing around with that, and that's when I started thinking maybe I'd like to get into music. Me and my high school friend TryxTah formed a group called BluTag and did heaps of shows at schools around Townsville. We made an album where I did all the production and recordings. In 2007 I produced 2 tracks ("Beauty Fades" and "Judge me Not" for Buttah the verbal Wordsmith) and hooked up with a fresh label (Skratch Hound) that Buttah and Marvin formed. From there it went crazy. We built a studio and started recording heaps. I was recording, producing in the studio every day with the boys and we did heaps of shows throughout North Queensland. I love composing beats and songs as well as working with artists in the studio. I have experimented with heaps of different genres and production styles but I believe I have found my sound in hiphop. It is just where my heart beats. I like to keep the original, experimental hiphop flame alive.

A pumping live show with heavy beat and lots of energy. I will be hyped by my fellow Skratch hounds Solex, Buttah and Vexed.

What are your hopes and expectations for attending and playing Groovin' The Moo in Townsville?

I am hoping to give our fans a great show and expose our music to more people that haven't heard us before.

"If you can't dazzle 'em with brilliance, baffle 'em with bullshit." my manager Marve said this to me.

Tell us about the bands and people in the Townsville music scene that inspire you.

There is some great talent in Townsville. The people do really appreciate music up here and we have a lot of support in the streets. The most inspiring I find is that a lot of people/bands are open minded and keen to collaborate crossing genres. That inspires me because we are crossing boundaries when different music styles clash in my lab.

So much! My next album (“Plain and Simple") is almost done. I am producing Buttah's, Solex's, Vexed's next releases atm and I'm producing a few tracks for other artists. 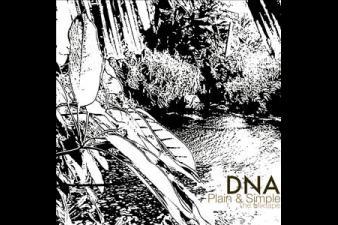 These 5 lucky acts will open Groovin the Moo when it steamrolls in to their paddock.
More

Life As It Is