Kayla Smart, 21 (a.k.a. Dorah Jacson), is quite the mellifluous soul, and a talented song writer to add. Her writing style is heartfelt, yet whimsical. She delivers song-bird like vocals, accompanied by driving guitar licks, all forming her own dark and dreamy stylings of indie, pop, and alt-rock.

The Sunshine Coaster first performed solo around the region for over a year, and throughout this time she captivated her audiences, and began gaining an admirable following. Now with a band behind her, she’s been able to take her performance to the next level, with the power and drive of the drums and bass, and the soaring lead guitar lines and ambient details bringing out the raw emotion and passion behind the songs she’s always aspired to express.

In February 2019, she released her debut single ‘Away’, which quickly began receiving rave reviews. A few weeks later, she was given the opportunity to open at Big Pineapple Music Festival, where she and her band played on the main stage in May.

Since then, the songsmith has played shows and festivals around the region with her band, released her next single ‘Sinking’, and played her first headline show at Solbar Maroochydore, which received an amazing response. She is now set to surge into 2020 with a new single and EP on the way, as well as working on new material as she grows and learns as a person, artist and writer. 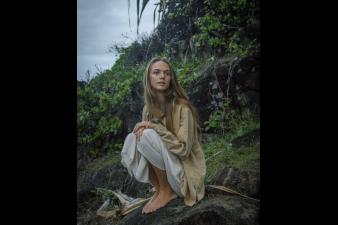 Dorah gives us this sprawling and rattling jam - you can hear the fire in the belly during the last minute.

Dorah gives us this sprawling and rattling jam - you can hear the fire in the belly during the last minute.

it's another powerful release from dorah and you can hear you pouring your heart out for all to see.

it's another powerful release from dorah and you can hear you pouring your heart out for all to see.