Sydney songwriter Fergus James has been wow-ing us since the start with his gorgeous voice, big pop hooks and songwriting that hits you in the feels. He's only 19 years old and off to a big start in his career. We're excited to watch him take over the music world in 2019 and have him as our Feature Artist all this week on triple j Unearthed.

I view my music as an ever changing amalgamation of the music, people and places that inspire me. My sound is an attempt at creating music with all the beauty and depth of folk writing, mixed with a strong sense of indie-pop/rock. Easier said than done, and I definitely haven’t cracked the code, yet...

I believe inspiration can be found not only in sound, but in lyrics, emotions, song structure, thematic direction etc. And acts such as Gang of Youths and Bon Iver are able to creative such amazingly profound music by touching upon all these things. I want to be able to effect a listener with my music like I was the first time I heard a Gangs/Bon Iver record. This is why I love creating music.

What can punters expect from a Fergus James live show?

Tbh, a lot of bad dancing on my behalf... Apart from that, a Fergus James show will have a lot of different sounding music, and will dynamically dip and rise, having subtle acoustic moments, then soaring with up-beat tunes. It will be a bag of fun.

Probably from my co-writer and producer, Pip Norman. He said you should be 100% happy with what music you put out into the world, cause you’ll be singing the song for the next 5 years if you’re lucky.  Although being about music, I feel anyone can relate to putting out bodies of work for the whole world to see, and having to deal with the legacy of such work.

From the top of my head, probably ‘Oceans’ by Vallis Alps. There’s something so sweet and uplifting from this tune, would definitely help wipe a tear from my eye.

Undoubtedly, ‘Persevere’ by Gang of Youths. This is an absolute gut wrencher, and to see Dave from the band talk about the story behind this song, then play it acoustically to a dead quite Enmore theatre, would make anyone weap.

I remember being in my first year of high school when the first Flume album came out, and I lost it. It was so revolutionary to me, so if I was to keep a party going, I couldn’t look past ‘On Top’ from that debut LP.

The last gig I went to was Slum Sociable at the Corner Hotel. My goodness those boys know how to put on a show, a definite must see.

Tell us about the bands or people in the music community that inspire you.

Well, I’m Sydney based, but to give you two names, I would say Xavier Dunn (Syd based) and Dustin Tebbutt (Mel based). I have been working with both a lot, and the way in which they produce, write and the way they’re just so awesome is definitely something that inspires me. 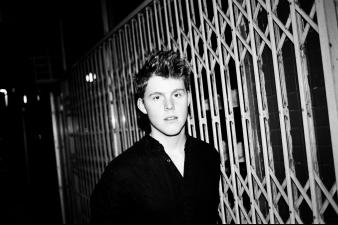 I appreciate the moments you hold back a touch in the verses because it means that when you really let it rip in the second half of the song, it hits the heart so much harder.

I appreciate the moments you hold back a touch in the verses because it means that when you really let it rip in the second half of the song, it hits the heart so much harder.

over just when i wanted it go on for another 3 minutes - a sign of another great one from fergus who has that anthemic button at his disposal and is using it wisely!

over just when i wanted it go on for another 3 minutes - a sign of another great one from fergus who has that anthemic button at his disposal and is using it wisely!